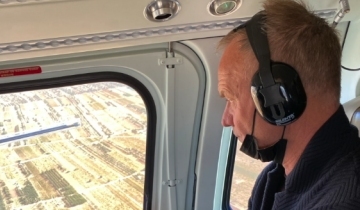 In this week's episode catch up with Sting as he performs in Greece before flying to Paris for a TV appearance and more rehearsals. Also, keep fit enthusiasts will be interested in seeing how he keeps that stomach nice and firm. We'll be releasing a new video each week exclusively on Sting.com every Tuesday at 9am ET. Be sure to tune in! 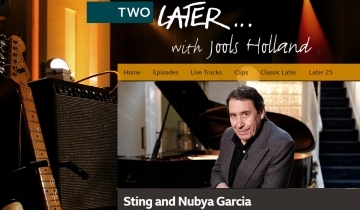 From EartH Hackney in London, the former frontman of the Police, Sting, performs a track from his upcoming new album, The Bridge, and tells Jools how it feels to have celebrated a milestone birthday and why he loves Sam Fender and Shaggy... 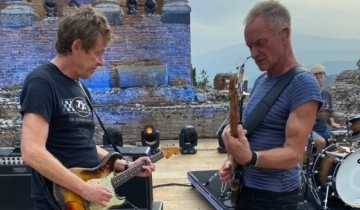 In this week's episode catch up with Sting as he performs in Taormina, Italy before heading to Athens for two shows and his birthday where he tests a new head mic set up required for the upcoming Las Vegas shows. We'll be releasing a new video each week exclusively on Sting.com every Tuesday at 9am ET. Be sure to tune in! 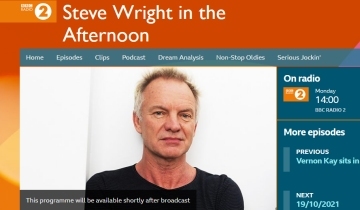 Tune in to BBC Radio 2's Steve Wright in the Afternoon from 2pm for an interview with Sting this Monday, 18 October...

‘World is One 2021’ concert - co-hosted by MBC and the international NGO, World Vision  will be held in the evening of October 30, 2021. A Covid-19 relief concert due to be streamed live across approximately 120 countries, ‘World is One 2021’ hopes to support and raise awareness on children around the world who continue to suffer from the impacts of the pandemic. The final line-up includes the 17-time Grammy Award winning artist and British pop icon Sting, followed by top Korean artists such as NCT127, Stray Kids, ITZY, Chungha, LOONA, and WEi. 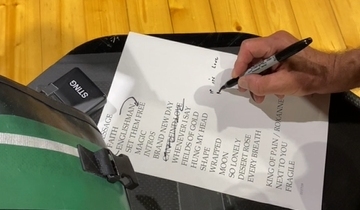 In the latest episode Sting is in Taormina, Sicily and introduces us to his latest band members as they rehearse the new songs for their upcoming show. We'll be releasing a new video each week exclusively on Sting.com every Tuesday at 9am ET. Be sure to tune in!

2019: Sting performed at the Summum in Grenoble, France.

2009: Sting appeared on the Letterman show in New York where he performed 'Soul Cake'.

2007: Sting perfomed at the Herbie Hancock tribute tribute at the Kodak Theater in Los Angeles. More ▶

1996: Sting performed at the State Theatre in Sydney, Australia.

1994: Sting appeared on the French TV show Taratata. Memorably, he also played a rousing version of the old Police rocker 'Next To You' with the band Therapy?

1993: Sting performed at the Sportpaleis in Antwerp, Belgium during the 'Night of The Proms' concerts.

1989: Sting appeared as Macheath in the '3 Penny Opera' at the Lunt Fontanne Theatre in New York.

1983: 'Synchronicity II' was released. More ▶ The Police performed at the Orange Bowl in Miami, USA. More ▶

1980: The Police performed at the Paramount theatre in Seattle, USA. More ▶

1979: The Police performed at Tomorrowland Terrace in Disneyworld, USA.

1978: The Police performed at the Rat Club in Boston, USA.

1977: The Police performed with Eberhard Schoener in a Circus Tent in Munich, Germany.

"I don't write when I'm touring. I like one place I can sit and orbit. I go home and I have a little garden shed. I'll set out for two hours, go for a perambulation then come back and write something down then go off again. Have a bite to eat. When I'm being creative I need a place to call home, otherwise you just spiral off."