The following article by Hedy Weiss appeared in a June 2014 issue of The Chicago Sun-Times...

Sting vividly recalls walking out the door of his childhood home in Wallsend, a shipbuilding town on the northeastern coast of England, and being confronted by the massive form of one of the vessels whose construction was the lifeblood of an entire community from the 1860s until the shipyard was closed in 2007.

"You'd watch this great hulking thing rise up over time, and then it would be set out to sea, and the whole process would start all over again," recalled the singer-songwriter who forged his career as a member of the new wave rock band, The Police, and then went on to work as a solo performer whose music has incorporated elements of rock, jazz, reggae, new-age, worldbeat and classical (from the English Renaissance composer John Dowland to Prokofiev and Kurt Weill). Along the way he also picked up 16 Grammy Awards and sold close to 100 million records.

Now, at the age of 62, Sting has returned to the world of Wallsend - spinning his first Broadway musical by way of a quasi-autobiographical story, and a score that draws on both the traditional Scottish and Irish sounds that permeated his part of England, and his mother's collection of original soundtracks of the Rodgers and Hammerstein and Lerner and Loewe classics.

If you happened to catch Sting singing the show's title song in the heavily accented English of his hometown during this year's Tony Awards show - accompanying himself on guitar, with a male chorus adding vocal heft, and a charcoal rendering of the great hull of a ship as a backdrop - you could sense right away that "The Last Ship," directed by Joe Mantello (of "Wicked" fame), and choreographed by Stephen Hoggett (whose unique form of movement has left its mark on "Blackwatch," "Once" and "Rocky") will not be a jukebox-style, tap-dance-filled spectacle.

Rather, it is meant to be a mix of realism and epic fantasy - the story of a son's rebellion against his father's way of life, his self-exile from home, and his eventual circling back to that home, where he discovers how much has changed, even if the fierce determination of the beleaguered men of the shipyard has endured.

Writer Brian Yorkey ("Next to Normal") shaped the initial book for the musical, with John Logan, the screenwriter and Tony Award-winning playwright ("Red"), who forged his career in Chicago, penning the final draft.

Asked if the musical's gestation began back in 1991, with "The Soul Cages," his haunting album about the death of his father, Sting said: "I think it went back even further than that. Although I was born and raised in the shadow of Wallsend's shipyard, I often wondered why I was there. I knew early on I didn't want to follow in my dad's footsteps [listen to the show's emphatic "Dead Man's Boots"], and that I belonged somewhere else. Yet I was fascinated by the giant ships that blocked out the light on my street. So now I've finally worked it out. I was there to witness something quite extraordinary. And even though I wanted to escape it at the time, the irony is that to find my muse again in recent years I went back to the place I'd spent so much energy trying to leave. And I wanted to tell that story."

Wallsend's shipyard industry began to fail in the 1980s. But while "The Last Ship" is rooted in "social history," Sting makes it clear that it exists primarily in "allegorical time." It also reflects his feeling that "community is the basis of economics, and without community there can be no economy - something that gets lost in all the abstract theory."

"The story becomes a fantasy of what might have been, though what never really happened - one grand final gesture that these men, who have been put out of work, decide to make so they can say who they are, and what work and community means to them."

Sting's grandfather was a shipbuilder. His father did engineering work that supplied the shipyard. And his whole family was involved in the industry for generations.

"The Wallsend yard built some of the largest vessels ever constructed on planet Earth," said the composer.

At the center of the musical is a young man, Gideon, who, as Sting describes it, "is an exile, like me. He left home at 14 or 15 to travel the world as a sailor, but returns home when his father dies and is forced to confront a lot of ghosts and responsibilities. He ends up resolving those issues, and joining the men of the shipyard as they try to realize their final dream."

Although there are elements of Sting in Gideon, the show is not autobiographical. Yet he certainly put a strong initial imprint on the work by recording the album (considerably revised and edited for the actual show) and performing it as a PBS concert special.

"I hope the actors are not intimidated by that, because the songs were written for others to sing. Actually, I'M a little intimidated, because I realize I don't have a function now. I just have to sit there, which is unusual [he laughs] because I'm used to being in the spotlight. It's a good lesson for me. And they are fantastic actors, and I'm a pretty poor actor, so they're doing something I can't do."

About the story's tense father-son relationship, Sting is frank: "Oh, I had a difficult relationship with my dad, but everyone else on my street had the same issues. My dad's generation had difficulty expressing love, although they clearly loved us. And I was from a generation that had wild ambitions to conquer the world. My dad lived long enough to see my success, but he still didn't understand it, and was always asking, 'When are you going to get a proper job?'"

When it came to his mother's record collection he had perfect understanding.

"She had Elvis Presley and Little Richard records, and also 'West Side Story" and 'My Fair Lady.' I learned about diminished and augmented chords from listening to Richard Rodgers' scores. I ate those things for breakfast, though I never imagined I would be here now with my own musical. And while the band for the show is very much a folk band, with pipes, a guitar, some fiddles, a cello and a melodeon, it will be lush."

As for which came first, the melodies or lyrics, Sting said: "Sometimes one, sometimes the other, sometimes both together. It's a very mysterious process. Often I play a song over and over again; it's a sort of obsessive-compulsive disorder. I've been doing this most of my life and I still don't understand it, though it's wonderful when it happens."

Every bit as wonderful was what happened when a ship was launched.

"It was an apocalyptic event," said Sting. "The noise made by a ship that size moving down the slipway was stunning, and there were all the people who gathered to watch, and brass bands, and sometimes members of the royal family who'd come to make a speech. One of my aunts who worked in the shipyard office would bring me there and stand me next to a jeroboam of Champagne wrapped in bunting, and then we'd watch as it was smashed against the bow. And then off the ship would go, revealing daylight for the first time in a year."

Jun 18, 2014
Sting's Message to Chief Raoni...
"The message you brought to the world 25 years ago is as important, in fact it’s even more important now as it was then. It is absolutely crucial that the people of the world are again made aware of these growing issues and what we can all do to address them. There are years of hard work ahead for the Rainforest Foundations and other NGOs who work to support these communities but there is also something very simple we can all do. We can listen to this man, my friend, Chief Raoni and his nephew, Chief Megaron, and learn from their experiences. They have valuable lessons about our world from which we can all benefit. Ultimately, this developing, progressing world we live in needs to recognise that these forest communities are not a ‘problem’ but that they are actually an implicit part of the solution to the global problems we now all face….Through upholding histories, we can protect futures." - Sting.
Read more
+ 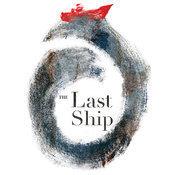 Sting's Broadway-bound musical The Last Ship explores the songwriter's past while playing an out-of-town tryout in Chicago. It's risky business for a rock music legend to make the leap to Broadway as a musical's lyricist and songwriter. Taboo, by Culture Club's Boy George, and Paul Simon's The Capeman, were no smash hits. After months of postponed openings, U2's Bono and The Edge found uneven success with Spider-Man Turn Off the Dark. Although he struck out with Lestat, Elton John found success with The Lion King and Billy Elliot. And Cyndi Lauper hit the jackpot when she won a Tony for Kinky Boots. Now, Sting is taking a stab at the Great White Way with his very personal musical, The Last Ship...