The following article by Kate Proctor appeared in a March 2015 of The Newcastle Journalh...

Rock star Sting is on a mission which is seeing him "paying back his debt" to his Tyneside roots. On a return to the region, he tells Kate Proctor about childhood, fame and where he now calls home.

Soaring over the heads of 600 fans and bouncing off the wooden window frames of a school hall, is Sting's voice.

His distinctive soulful tone is still quite perfect - perhaps a little deeper now he is in his early sixties, but the audience know they are in on something remarkable.

Though he wasn't known for depositing pockets of unadulterated sunshine during his time in the South Shields constituency, David Miliband has this time pulled off quite the coup with his annual lecture by bringing the mega-star to Harton Technology College to perform.

With just a guitar and a microphone Sting plays songs from his last album The Last Ship on the school stage, before taking requests from the audience who all come from the NE33 and 34 postcodes, and who all got free entry by emailing the school's lovely PA, Pam.

Towards the end he dutifully plays Roxanne before moving into Message in a Bottle. He must have played those last songs thousands of times, but he knows that's what people want to hear, and it's what they cherish. And after all, this benevolent gig not far from where he grew up seems to be as much a healing process for Sting as much as it is an extraordinary night out for locals.

Mr Miliband, sat bolt upright like an overly excited child who's just met his hero, yelps: "I sent him an email!" and talks right all over Sting's more mellow answer.

"We met in New York. We both live there," he said. "David came to see my play, twice, and then he said would I mind doing the South Shields lecture? He told me the auspicious list of people who had done it before, and I said: ‘Okay...fine,'" smiling with a faux-daunted expression recalling past speakers who have included playwright Alan Bennett and actor Sir Patrick Stewart.

"This is really about coming back to the North East and being inspired by my memories of growing up in Wallsend. What it means to come back, and how important it is," he said.

Sting today looks well and healthy. He is deeply tanned and wrinkled around the eyes and is wearing a high-spec black puffa jacket and full beard that makes him look more mountaineer than singer. It's hard to fathom he was ever a teacher. In fact I imagine him quite unrecognisable as he ventured to Colman's with David Miliband after the gig for fish and chips. But then he begins to speak, and his voice's distinctiveness, that softest Geordie blurred with trans-Atlantic lilt, is so quiet it's almost a whisper.

Later I hear his wife Trudie Styler, who was sat on the front row, has told the night's photographer not to use the flash in case he finds it distracting.

It's all a far cry from the early cockiness that once made Paula Yates look like a shrinking violet as she interviewed him on Newcastle-based music show The Tube.

Later he tells the audience in between breaks from songs about growing up within the shadow of the Swan Hunter shipyard, which he has reflected on over the last few years to create The Last Ship album and musical of the same name.

Anyone who has read his autobiography Broken Music, published in 2003, will know Sting has hardly shied away from discussing his childhood. Far from brutal, it just sounded forlornly miserable, overhearing parents Audrey and Ernest arguing and witnessing first hand his mother's affair.

He attended neither of their funerals because of the likely media intrusion, yet his 1991 number one album The Soul Cages is as much an eloquent ode to his father, an attempt to understand family, as 2013's The Last Ship is stab at fathoming his origins.

He hasn't lived here for 30 years, but he is intent on being very much "one of us" on this latest return home.

"Yes there is a link between Soul Cages and The Last Ship...the first two songs of the Last Ship. Thanks for asking," he replies to one fan who wants to know if the two bodies of work are twins separated by decades and clarity.

"My parents died very young and the death of my parents coincided with the death of the shipyards. I wrote The Soul Cages which was about demise of my parents and as a grim metaphor of the demise of the shipyard next door. I used a guitar a lot to escape from unhappiness. Rather than get angry I would just play the guitar. Music is an obsessive compulsive disorder but it's a useful one.

"I have no idea where I would be in this life without the ability to sing and play music. I would probably be somewhere terrible."

He is clearly intense in his thoughts, and his recent "re-Geordisation" of his past, coincided with the lifting of a long period of writer's block.

It all feels extremely deep and emotional, but it is conflicting to watch someone sing half their songs in their normal voice, but their tracks from The Last Ship in Geordie. Perhaps it's for effect, to make sure the audience understands they are the voices of shipyard workers as it might have been performed in the musical. All the same, it feels a slightly strange thing to do.

He tells the crowd: "Some of my earliest memories as a small child were giant ships on Station Road, the main drag to Swan Hunter and I would watch thousands of men work and work and I also wondered with some trepidation whether that would be my destiny too, and I was determined that it wouldn't be.

"At the age of eight I was bequeathed a guitar. A friend of my dad's Uncle Jim was going to Canada and he couldn't take his guitar and he left it with my dad. It was battered and out of tune but I gravitated towards it. I recognised a friend for life. An accomplice. It was my co-conspirator in my plan to escape from Wallsend."

Money, fame, six children and marriage followed (first to actress Frances Tomelty and then to Trudie Styler, whom he has been with for 30 years). But he said his long period of inactivity up until The Last Ship was a worrying time in his career.

"One day in 2004 the very thing I had built my life upon, matching rhyming couplets with melody – for some reason the juice just went out of me.

"I wasn't idle. I did a lot of touring but I would sit with blank page every time. After a couple of years I had very little to show for songs. About five years ago I was reading the New York Times and there was an article about ship builders in Poland, in Gdansk. Just like in my town the men were put out of work. A priest saw what was happening to his parish and decided that he would do something. He would raise some money and build a ship, and sail around the world. I thought this was crazy, hermetic and quixotic.

"I started to write songs and they came to me in a torrent."

The Last Ship has just finished a four-month run in Broadway, New York, after it failed to sustain high enough audience numbers. Sting even appeared in it in an attempt to revive interest, taking on the character which had been played by his friend and fellow Geordie Jimmy Nail.

He is unshakable in how he perceives its success.

"Because I live in New York I bumped into a Broadway producer. He said ‘what are you working on?' I said: ‘Writing a play about a beleaguered community'. He said ‘I love it, it sounds like Fiddler on the Roof!'" said Sting, breaking into an American accent and then into laughter.

"With his encouragement he allowed me to finish the thing, to workshop it in Newcastle and 20 ex-shipyard workers watched it and were asked their approval. They said ‘yes'. I hope we can bring it to Newcastle at some point.

"A musical about shipyard workers is not easy but once [the audience] were in, they loved it and we had a standing ovation every night."

He said if he hadn't been contracted to go on tour in Australia with Paul Simon, who also happens to live in the same apartment building as him in New York, he would still be appearing in the show, and it would still be enjoying a run on Broadway.

Singing in the plain surroundings of the school hall at Harton Technology College, ever-so polite and emotional, it is easy to forget many of Sting's more outré moments: playing the lute for his wife's yoga DVD, the rainforest campaigning, that line about Tantric sex that will haunt him for ever.

But tonight he insists he is first and foremost a singer, and one who owes everything to Wallsend.

He said: "I followed my dream. I became a singer and a song-writer and everything seemed to work well for me until I was forced by my writer's block to return to the landscape of my childhood.

"I wanted to give a voice to the people who have never been sung about. It helped me pay back my debt to my community."

But, he is asked by a woman in the crowd, will he ever really return home?

"Home for me is where my wife is," he says. "All my kids have left home and my wife is in New York. We love the city and wherever she is that's how I navigate the world. Without her I'm just spinning in space."

(c) The Journal by Kate Proctor 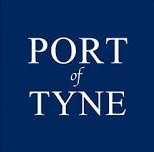 Mar 1, 2015
Sting plays intimate gig for 600 people at Harton Technology College in South Shields...
From singing to 13,000 people in Dubai to a night playing in a North East school hall - superstar Sting said he was, in fact, more nervous to perform to a home crowd. The multi-Grammy award-winning singer arrived in South Shields on Saturday night from the Middle East to perform songs from his musical The Last Ship, as well as old favourites from his years in The Police. Talking frankly about his childhood growing up near the River Tyne in Wallsend and the impact the region has had on his music, he was joined on stage by former South Shields MP David Miliband, who was hosting the event as part of his annual lecture series...
Read more
+ 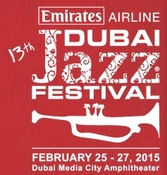 Sting can't be accused of treading water in his comfort zone. The last few weeks have seen the man born Gordon Sumner continue a 14-month joint headline tour alongside fellow rock legend Paul Simon - a fascinating odd couple defined by duets and performing each others' songs - and star on Broadway in his own poorly received musical The Last Ship, which sunk and closed early in a sea of debt. Dubai then was a chance for Sting to step back into his old hit-shaped boots, relax, and enjoy the songwriting riches of the legacy he has carved over close to four decades...