The following article appeared in a September 2013 issue of The New York Times...

The singer-songwriter, whose album "The Last Ship" will be released this week, says his favorite novels are really extended songs: "What is ‘One Hundred Years of Solitude' if not an opera?"

What's the best book you've read so far this year?

I enjoyed Hilary Mantel's "Bring Up the Bodies," almost as much as I enjoyed its predecessor, "Wolf Hall." Her portrait of Thomas Cromwell is complex and largely sympathetic to a character that is usually cast darkly and exclusively as Henry VIII's "muscle." I enjoyed Nathaniel Philbrick's treatment of the American War of Independence in "Bunker Hill" for similar reasons, a well-researched story proving to be more nuanced and compelling than a well-established myth.

If you had to name a favorite novelist, who would it be?

Mark Twain, for the perfect combination of plot and character in "Huckleberry Finn."

What kinds of stories are you drawn to?

I like personal dramas set within the sweep of historical events: Colum McCann's "TransAtlantic" and "Let the Great World Spin," or Ian McEwan's "Sweet Tooth."

We have to ask about Nabokov. How does it feel to have turned on a generation of junior high schoolgirls to "Lolita"? Are you a Nabokov fan?

Is that true - that my appalling rhyme led a mass migration to the linguistic cosmos of Nabokov? I don't think so, but then, they could have gone to worse places.

In what ways do the books you read figure into the music you write?

Songwriting is of course a very different art to that of the novelist - condensing sometimes large ideas into rhyming couplets seems to be the opposite process.

But it is interesting to me how often a novel will begin with a quote from a poem or a song, so the territories do overlap to some extent. My favorite songs are narrative songs, short stories that can be recounted in three minutes. My favorite novels are extended songs. What is "One Hundred Years of Solitude" if not an opera? And a grand one at that!

You've written a memoir, "Broken Music." What was that experience like for you - the writing itself, and the publication and reception of the book?

I began to realize while writing and remembering that memory is a neural muscle, and once you begin to stretch it, it grows to accommodate everything that has ever happened to you, often things you might prefer to forget. But the abiding emotions that sustained me through the process were gratitude and forgiveness; to use the newly developed muscle otherwise is largely a waste of time. I think people were surprised that I wrote almost exclusively about my early life, before the distorting lens of fame and success, and the well-worn clichés of celebrity.

What books might we be surprised to find on your shelves?

The complete works of P. G. Wodehouse, for their innocent escapism.

Do you ever read self-help? Anything you recommend?

A self-help book? Isn't that an oxymoron?

What book has had the greatest impact on you?

Probably Bulgakov's "Master and Margarita," a delicious and disruptive satire of Soviet Russia. I hear a dead man was put on trial in Moscow only this past summer; Woland would have loved it!

If you could require the president to read one book, what would it be?

"Meditations," by Marcus Aurelius - Stoicism and the limitations of power. "When you wake up in the morning, tell yourself: The people I deal with today will be meddling, ungrateful, arrogant, dishonest, jealous and surly. They are like this because they can't tell good from evil. But I have seen the beauty of good, and the ugliness of evil, and have recognized that the wrongdoer has a nature related to my own - not of the same blood or birth, but the same mind, and possessing a share of the divine."

Did you grow up with a lot of books?

We only had two in the house, an illustrated Old Testament and Volume 1 of Encyclopaedia Britannica. I was well versed in everything from "aardvark" to "azimuth," but little else. The public library became a sort of refuge. I never throw a book away now. I have kept every dog-eared paperback I have ever read. Books are the only things I'm acquisitive about. And no, I don't lend my books . . . join the library!

Do you have a favorite childhood literary character or hero?

I imagined myself as Jim Hawkins in "Treasure Island," an innocent among thieves and cutthroats. It must have been the first book I ever read from start to finish, with unforgettable characters, Long John Silver, Blind Pew, Ben Gunn. . . . The Black Spot still terrifies me.

What books are on your coffee table?

Albert Camus: "Solitude and Solidarity," a beautiful and evocative portrait of the man and the writer, edited by his daughter Catherine, and Ellen Von Unwerth's "Fräulein.". . . Well, what did you expect?

Disappointing, overrated, just not good: What book did you feel you were supposed to like, and didn't? Do you remember the last book you put down without finishing?

I'm no critic. It's hard enough writing a book without some opinionated parvenu dismissing your work because he wasn't in the mood or is too daft to catch your drift. Mind you, anything with the word "Code" in the title, I will avoid like the plague!

If you could meet any writer, dead or alive, who would it be? What would you want to know?

I'd like to ask Shakespeare if he composed while walking, or was he entirely sedentary?

What do you plan to read next?

I'm weighing "My Lunches With Orson" against Daniel C. Dennett's "Intuition Pumps and Other Tools for Thinking."

Any plans to write another book?

Oh yes! I definitely want to give it another crack!

Comments
1
You must be a logged-in member to add comments. Log In | Subscribe
September 23, 2013 posted by sher
READ Poster
I have that poster!
Newer comments    1 - 1 of 1    Older comments 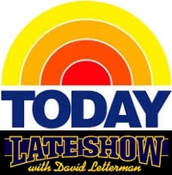 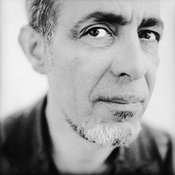 Sep 18, 2013
Henry Padovani To Perform in Tokyo...
This October, Henry Padovani will visit Tokyo, Japan for several solo, acoustic performances featuring a mix of solo, blues and French songs. The concerts take place from 8 - 11 October at the Institute Français du Japon, at la Brasserie Tokyo, 15 Ichigaya funagawara-cho. Shinjuku, 162–8415 Tokyo. Tickets are available including dinner and show at 6pm, and for a show only at 8.30pm. You can also join Henry on 13 October when he performs at SARAVAH Tokyo, B1 Shibuya CROSSROAD bldg, 1-29-1 Shoto, Shibuya-ku, Tokyo 150-0046 at 8pm...
Read more
+