Join Dominic directly after the Friday night Ravinia concert June 7th at Midnight for an intimate evening at the 200 seat Chopin Theater in Chicago. This is a mind blowing opportunity to experience the mystery of the man behind Sting's enormous success.

Together Dominic and Sting have recorded 8 albums, performed over 1,200 concerts, and co-written and arranged songs, including songs like "Shape of my Heart" and "Fields of Gold'. It is true that Dominic inspired Stings brilliant musical career as even Sting says "Dominic is my right hand and my left hand" however, his collaborations are vast. In his early career he worked with Julia Fordham, Phil Collins and The Pretenders, which is what led Sting to seek him out in 1990. His massive contribution since then includes work with Peter Gabriel, Level 42, Tina Turner, Placido Domingo, Rod Stewart, Steve Winwood, Youssou N'Dour Luciano Pavarotti and Pat Metheny to name just a few.

Never before has Dominic performed a solo show in Chicago let alone this up close and personal.

Buy tickets now, there are only 200 seats. Doors open at 11pm, show begins at midnight.
Comments
1
You must be a logged-in member to add comments. Log In | Subscribe
June 01, 2013 posted by RoMi
After Concert
I would absolutely enjoy taking part in this concert.
Newer comments    1 - 1 of 1    Older comments 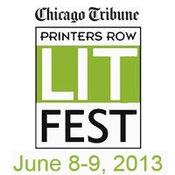 May 16, 2013
Narrative 4 Co-Founders Colum McCann and Luis Alberto Urrea to Appear at the 29th Annual Chicago Tribune Printers Row Lit Fest, Joined by N4 Honorary Committee Member, Sting...
Grammy award-winning musician and Narrative 4 Honorary Committee member Sting is scheduled to join authors Colum McCann and Luis Alberto Urrea at Chicago Tribune’s Printers Row Lit Fest – the largest free outdoor literary event in the Midwest - on Saturday, June 8. The three will participate in a discussion about the launch of Narrative 4 and the "How to Be a Man" initiative, which will be featured in the June/July "How to be a Man” issue of Esquire magazine, on newsstands May 28...
Read more
+ 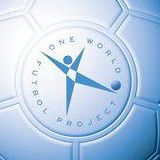 May 16, 2013
Football Fan Dies Trying to Dribble Ball 10,000 Miles to Brazil In Support Of The One World Futbol Project...
"My sincere condolences to the family and friends of Richard Swanson. What a tragic loss this is. His truly inspiring and spontaneous work (www.breakawaybrazil.com) to highlight the One World Futbol Project was deeply appreciated by all of us. The work will continue." - Sting
/ http://www.ibtimes.co.uk/articles / www.oneworldfutbol.com
Read more
+