Marley's sons were also onstage for the performance, which closed out with the reggae classic 'Could You Be Loved.'

During the tribute to reggae legend ; Bob Marley 2013 Grammy Awards, you may have heard echoes of Sting's former band the Police in Bruno Mars' soul-soaked "Locked Out of Heaven" - the syncopated chirps and the frenetic sonic echoes of Synchronicity are shamelessly (and addictively) shot throughout the song. And Mars has even called himself out on the fact that the explosive song owes its musical roots to the Police.

"I grew up listening to the Police. I grew up performing in bars, singing Police songs," Bruno told MTV News in 2012. "I remember performing a song like 'Roxanne,' and you play those first couple of chords, and you hit that first note, and you watch the whole bar ignite."

Bruno went bigger than just blowing up a bar at the Grammys on Sunday night (February 10). He lit up the entire Staples Center, diving head-first into an electrifying version of "Locked Out of Heaven" during a retro performance worthy of a "Soul Train" special.

The singer finally got the chance to shine some light onto the song's indirect progenitor, Sting. The former Police man took the Grammy stage, bass in hand, tux fitting like Justin Timberlake himself tailored it, for a blown-out upgrade of Bruno's swelling anthem, made even more kinetic by Bruno's Motown-inspired band in lockstep.

As quickly as Bruno's performance hit its euphoric peak - and had Grammy attendees like Neil Patrick Harris, Keith Urban, Nicole Kidman and a euphoric Taylor Swift dancing in place - Bruno handed Sting the spotlight he rightfully deserves as he slid seamlessly into the 1979 Police classic "Walking on the Moon." Sting turned Bruno's Grammy performance into a reggae-tinged throwback before passing the mic (in what felt like a glorified gesture to rap ciphers) to Damien and Ziggy Marley, trumpeted by an airhorn blast. The pair transformed Bruno's Grammy performance into a tribute to their late father, Bob Marley.

But Bruno Mars, Sting and the Marley sons still had room up on the Grammy stage for another Bob Marley fan. Marley devotee (check her Instagram) Rihanna, fresh from her stunning solo perforamnce of "Stay," got back to her island roots, joining the Grammy jam session by closing out the performance with Bob Marley's seminal 1980 hit "Could You Be Loved," from the Bob Marley and Wailers album Uprising, the last album Marley released before his death in 1981.

It was a crocheted-hat tip to the late, great Bob Marley, and the type of power jam mash-up medley of music's current and classic greats that could only take place at a star-studded awards show like the Grammys.

Feb 9, 2013
MusiCares Honors Bruce Springsteen - Sting performs 'Lonesome Day' at MusiCares Person of the Year event...
"This is the Italian wedding Patti [Scialfa] and I never had," Bruce Springsteen joked in a charming, self-deprecating and passionate speech as he accepted the MusiCare’s 2013 Person of the Year honors last night at the Los Angeles Convention Center. Earlier in the evening, the New Jersey rock legend had in fact offered up a serving of his mother’s lasagna; It was part of a bounty – including a ride in the sidecar of Springsteen’s Harley Davidson, a face-to-face guitar lesson, eight concert tickets, a personal backstage tour and one of Springsteen's iconic Fender Telecasters autographed by Sting, Elton John, Neil Young, and, erm, Katy Perry – being auctioned off to benefit the MusiCares charity, a wing of the Grammy Awards’ governing body, the Recording Academy, that provides emergency financial and healthcare support for the music community...
Read more
+ 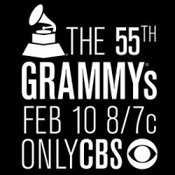 Feb 8, 2013
Bruno Mars, Rihanna And Sting, And Kelly Clarkson To Perform On Music's Biggest Night...
Current nominees Bruno Mars and Rihanna, as well as 16-time GRAMMY winner Sting, will join together for a special performance, and current nominee Kelly Clarkson is set to perform on the 55th Annual GRAMMY Awards telecast. Sixteen-time GRAMMY winner and current nominee Beyoncé, current nominee Hunter Hayes, singer/actor Jennifer Lopez, actor Pauley Perrette, and seven-time GRAMMY winner Prince will appear as presenters. The 55th Annual GRAMMY Awards will take place live on Sunday, Feb. 10 at Staples Center in Los Angeles and will be broadcast in high-definition TV and 5.1 surround sound on the CBS Television Network from 8–11:30 p.m. (ET/PT). The show also will be supported on radio worldwide via Dial Global, and covered online at GRAMMY.com and CBS.com, and on YouTube. UK fans can catch a 90 minute round up on 4Music at 10pm on Monday, February 11...
Read more
+