Two iconic forces that have impacted the past 50 years - the life-saving human rights activism of Nobel Peace Prize-winning Amnesty International and the incomparable artistry of Bob Dylan - are being saluted by 80 musicians who contributed new or previously unreleased recordings to 'Chimes of Freedom: The Songs of Bob Dylan Honoring 50 Years of Amnesty International'.

The collection is available beginning today in North America and will be released internationally on Monday, January 30.

Chimes of Freedom features a stellar and diverse group of artists across the generational and musical spectrum. The diversity of the musicians and musical genres - from rock, rap, hip-hop to pop, folk, country, jazz and blues - attests to Amnesty's depth of support in the music community, the universal appeal of the core message of human rights, and the breadth of Dylan's impact on culture. Almost every track on the album is being released for sale for the first time - except for the title song, Dylan's original 1964 recording of 'Chimes of Freedom'. Seventy songs were recorded especially for this release - with the addition of a few previously unreleased recordings.

Through Chimes of Freedom, Amnesty International seeks to enlist support for its fight against censorship and attacks on free speech - whether involving artists, writers, musicians, political activists or bloggers. In this campaign, Amnesty is fighting for people such as the imprisoned Nobel Prize winner Liu Xiaobo in China, a scholar and human rights defender imprisoned since 2009 for writing about corruption and criticizing China's political system. In addition to purchasing the album at www.amnestyusa.org/chimes, supporters will find actions they can take to help individuals whose freedom of expression is under threat.

The tracklisting for 'Chimes of Freedom: The Songs of Bob Dylan Honoring 50 Years of Amnesty International' is as follows:

Amnesty International is a Nobel Peace Prize-winning grassroots activist organization with more than three million supporters, activists and volunteers in more than 150 countries campaigning for human rights worldwide. The organization investigates and exposes abuses, educates and mobilizes the public, and works to protect people wherever justice, freedom, truth and dignity are denied. For more information, please visit:www.amnestyusa.org.

Comments
1
You must be a logged-in member to add comments. Log In | Subscribe
January 24, 2012 posted by bridge
the silence "Sting" used to love
Dear Gordan Matthew Thomas Sumner, I've just heard a show you played i Berlin (2010). It's now 1717 back here in Brazil, and this is your facebook "friend", named Cintia Faria Teixeira Neves. Just like your father suggested you to quit studying, I would like to leave you a suggestion: don't sing "If I ever lose my faith in You". Instead, why don't keep liking the silence and substitute this line for : "I will never lose my faith in you?" "My (dearest) 'only' friend", don't you consider it would perfectly fit a bigger will?
Newer comments    1 - 1 of 1    Older comments 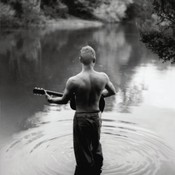 "InTheStudio: The Stories Behind History's Greatest Rock Bands" hosts an in-depth conversation with Sting spanning his enduring solo career, from his 1985 debut 'The Dream Of The Blue Turtles' to his latest box set collection STING: 25 Years. To stream the interview online, please visit: www.inthestudio.net/this-week-in-the-studio/sting. This program will also be available on 50+ radio stations throughout North America. To listen in on a station near you, visit: www.inthestudio.net/radio-stations... 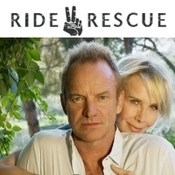