Click the image below to view and visit a gallery of images from the show.

For the First Time, Clear Channel Devotes All Radio and Digital Platforms to National Promotion of Star-Studded Event - Reaching Largest U.S. Radio and Online Audience Ever.

This diverse array of the greatest names in music will appear on one stage at the MGM Grand in Las Vegas on two consecutive nights, September 23 and 24, to celebrate the official launch of the New iHeartRadio, Clear Channel's free, industry-leading digital radio product that will combine its more than 750 broadcast radio and digital-only stations from 150 cities with the ability to create custom stations, delivering listeners everything they want all in one fully integrated service.

''Music is the heart of our business and we think there is no better way to celebrate the launch of the New iHeartRadio than with a groundbreaking, multi-day festival featuring the world's biggest, most exciting artists - and reaching the largest combined U.S. radio and online audience ever. This underscores Clear Channel's transformation to a dynamic integrated media and entertainment company with an unmatched reach in the U.S.,'' said Bob Pittman, Chairman of Media and Entertainment Platforms for Clear Channel Radio. ''The New iHeartRadio will offer users a much broader, more integrated and customized digital listening experience than any other service available - and it's all in one product.''

''Building up to the festival, we will be presenting the biggest national promotion in radio history,'' said John Hogan, President and CEO of Clear Channel Radio. ''All 850 Clear Channel radio stations, spanning diverse music formats, introduced millions of listeners across the country to this historic music event. The majority of our stations will also feature exclusive radio and digital content including exclusive artist interviews and ticket giveaways. The announcement of the event alone has set new records. It's the first announcement ever to roadblock all Clear Channel Radio platforms and the teasers and the announcement have reached an estimated 100 million people.''

Live audio and video streams of the iHeartRadio Music Festival will be available online, via mobile devices at www.iHeartRadio.com and across all of Clear Channel's radio station websites. Throughout the summer-long promotion hundreds of listeners will win a dream trip to Vegas to converge with thousands of fans across the country and experience this one-of-a-kind, two-day festival at the legendary MGM Grand in Las Vegas. Promotion of the event kicked off this morning with a simultaneous roadblock announcement by all 850 Clear Channel Radio stations nationwide, their websites and iHeartRadio, providing instant awareness and showcasing a new vehicle for announcing news and products to an unprecedented number of U.S. consumers.

''This is a once in a generation gathering of artists and fans from all over the country for a true, must-see music event,'' said Ryan Seacrest, Host of American Idol and Clear Channel Radio Personality.'' The iHeartRadio Music Festival, like the iHeartRadio digital radio service, will showcase top artists across all genres of music. Listeners from all over America will travel to Las Vegas to celebrate the next generation of iHeartRadio, while seeing the greatest musicians in the world on one stage.''

With more than 45 million listening hours a month from its 27 million unique website visitors and 30 million downloads of the iHeartRadio mobile application, Clear Channel is already one of the most popular digital music destinations. iHeartRadio currently offers more than 750 of America's favorite radio stations from 150 cities and commercial-free, digital-only music, talk and comedy stations.

The New iHeartRadio will deliver to users the nation's most popular broadcast radio stations as well as the ability to create custom stations with even more songs, more control than the leading custom radio station services and with no commercials through the end of the year, offering listeners everything they want digitally in one fully integrated service - free.

iHeartRadio is available on the web at iHeartRadio.com and on iPhone, iPod Touch, Android, Windows Phone 7, Blackberry, iPad and HP TouchPad.

With 237 million monthly listeners in the U.S., Clear Channel Radio has the largest reach of any radio or television outlet in America. Clear Channel radio serves 150 cities through 850 owned radio stations and an additional 100 cities and 4,000 stations through its syndicated products. The company's radio stations and content can be heard on AM/FM stations, HD digital radio channels, Sirius/XM satellite, on the Internet at iHeartRadio.com, and on the iHeartRadio mobile application on iPads, HP TouchPads and smartphones, and used via navigation systems from TomTom, Garmin and others. The company's operations include radio broadcasting, online and mobile services and products, syndication, music research services and independent media representation. Clear Channel Radio is a division of CC Media Holdings, Inc. (OTCBB: CCMO), a leading global media and entertainment company. More information on the company can be found at www.ccmediaholdings.com.

Artists and/or event subject to change or cancellation without notice.

Sep 24, 2011
Sting at sixty... Having left pop greats The Police in 1986, Sting has compiled an amazing solo career over the past 25 years. He tells James Wigney about the incredible journey...
Looking at Sting in the flesh, it's nearly impossible to believe he turns 60 a week today. Lean, muscular, tanned and looking ridiculously fit, he has just returned from a bike ride around his adopted home of New York City. Years of clean living and yoga have left him with the body and energy levels of a man half his age. Perhaps unsurprisingly, the former Police front man is also struggling with the fact he is about to enter his seventh decade. "I can't quite believe it," he muses from his apartment balcony overlooking Central Park. "It doesn't quite compute for me being 60. I still feel like I am 14. I think I have maintained my curiosity about the world and my sense of wonder at it. If that is what feeling young is about then I feel young. I am not jaundiced by the world - I still find it fascinating..."
Read more
+ 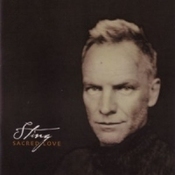 Sep 24, 2011
Sting.com 25 Days Countdown: Day 9
Answer the following trivia question for the chance to win an autographed copy of Sting's album Sacred Love, which Rolling Stone called "…a vivid and frequently gorgeous reminder that Gordon Sumner is first and foremost a talented singer-songwriter." Please submit your answer to the following question using the form below by 11AM/EST tomorrow. Each correct response will be entered into a drawing and winner will be selected, at random, and announced during the next day's post. Please note, each member may only enter once...
Read more
+