WHO: MusiCares® and the GRAMMY Foundation®

WHAT: GRAMMY® Charity Online Auctions - the latest in this year's auction series is the "Get Ready To Rock Auction," which launched just after the MusiCares MAP Fund® benefit concert honoring two-time GRAMMY-winning Linkin Park vocalist Chester Bennington. Presented in partnership with Kompolt, the lots are available for bid now through June 10 at www.ebay.com/grammy. Winning bidders can enjoy extraordinary memorabilia and meet & greets with all proceeds benefiting MusiCares and the GRAMMY Foundation.

Featured items include rock memorabilia and concert and meet & greet experiences with some of today's most talented artists!

- Premium Concert and Meet & Greet Experiences with some of this summer's hottest touring acts, including 311, Fall Out Boy, Macklemore & Ryan Lewis, Bruno Mars, the Band Perry and Rod Stewart!

WHY: Proceeds from GRAMMY Charity Online Auctions provide essential support for MusiCares and the GRAMMY Foundation.

Under the banner of GRAMMY in the Schools®, the GRAMMY Foundation produces a range of distinct education programs - across the country throughout the year - that serve high school students and their schools including GRAMMY Camp®, GRAMMY Camp - Basic Training, GRAMMY Camp - Jazz Session, and GRAMMY Signature Schools. The GRAMMY Foundation also offers preservation and advancement initiatives, fosters dialogue about compelling issues facing the music industry, supports projects that increase the understanding of music and its role in society, and raises public awareness about the urgent need to preserve our nation's recorded sound legacy. These programs include the Entertainment Law Initiative®, the Grant Program with funding generously provided by The Recording Academy®, the Living Histories program and the Music Preservation Project.

The GRAMMY Foundation was established in 1989 to cultivate the understanding, appreciation and advancement of the contribution of recorded music to American culture. The Foundation accomplishes this mission through programs and activities that engage the music industry and cultural community as well as the general public. The Foundation works in partnership year-round with its founder, The Recording Academy®, to bring national attention to important issues such as the value and impact of music and arts education and the urgency of preserving our rich cultural heritage. In recognition of the significant role of teachers in shaping their students' musical experiences, the GRAMMY Foundation and The Recording Academy are partnering to present our first Music Educator Award. Open to current U.S. music teachers in kindergarten through college, the Music Educator Award will be given out during GRAMMY Week 2014. For more information on the Music Educator Award please visit grammymusicteacher.com. For more information about the Foundation, please visit www.grammyfoundation.org. For breaking news and exclusive content, please like "GRAMMY in the Schools®" on Facebook at www.facebook.com/grammyintheschools, follow the GRAMMY Foundation on Twitter @GRAMMYFdn at www.twitter.com/GRAMMYFdn and join us on Instagram @GRAMMYFdn at www.instagram.com/GRAMMYfdn.

Established in 1989 by The Recording Academy®, MusiCares® provides a safety net of critical assistance for music people in times of need. MusiCares' services and resources cover a wide range of financial, medical and personal emergencies, and each case is treated with integrity and confidentiality. MusiCares also focuses the resources and attention of the music industry on human service issues that directly impact the health and welfare of the music community. For more information, please visit www.musicares.org. For breaking news and exclusive content, please like "MusiCares" on Facebook at www.facebook.com/musicares, follow MusiCares on Twitter @MusiCares at www.twitter.com/musicares, and join us on Instagram at www.instagram.com/musicares.

GRAMMY Online Charity Auctions are presented in partnership with Kompolt, a California-based online auction agency focused on creating successful, high-value, high-profile promotional and charity auctions for top brand companies. For more information on Kompolt, please visit www.kompolt.com.
Comments
0
You must be a logged-in member to add comments. Log In | Subscribe 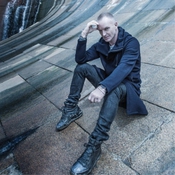 The only question needing an answer heading into Sting’s Victoria debut on Friday night: Which version of the rock legend would show up? The fiery Brit whose first band, the Police, produced an incredible number of hits over a six-year period? Or the easy-listening yoga practitioner whose last substantial hit was a decade ago? Turns out he was a little bit of both at Save-on-Foods Memorial Centre. Sting, 61, delivered a 21-song, two-hour set split evenly between Police hits and solo offerings. Not every song from both sides of his personality worked, but there was a uniqueness to many of the left-field choices that bookended his staple singles...