How Tim Jahnigen and Sting helped develop an indestructible ball for the beautiful game...

Sometimes a football is more than just a ball. Sometimes, it's a lifesaver.

Tim Jahnigen has always followed his heart, whether as a carpenter, a chef, a lyricist or now as an entrepreneur. So in 2006, when he saw a documentary about children in Darfur who found solace playing football with balls made out of garbage and string, he was inspired to do something about it.

The children, he learned, used trash because the balls donated by relief agencies and sporting goods companies quickly ripped or deflated on the rocky dirt that doubled as football fields. Kicking a ball around provided such joy in otherwise stressful and trying conditions that the children would play with practically anything that approximated a ball.

"The only thing that sustained these kids is play," said Jahnigen, of Berkeley, California. "Yet the millions of balls that are donated go flat within 24 hours."

During the next two years, Jahnigen, who also was working to develop an infrared medical technology, searched for something that could be made into a ball but never wear out, go flat or need a pump. Many engineers he spoke to were dubious of his project. But Jahnigen eventually discovered PopFoam, a type of hard foam made of ethylene-vinyl acetate, a class of material similar to that used in Crocs, the popular and durable sandals.

Figuring out how to shape PopFoam into a sphere, though, might cost hundreds of thousands of dollars and Jahnigen's money was tied up in his other business.

Then he happened to be having breakfast with Sting, a friend from his days in the music business. Jahnigen told him how football helped the children in Darfur cope with their troubles and his efforts to find an indestructible ball. Sting urged Jahnigen to drop everything and make the ball. Jahnigen said that developing the ball might cost as much as $300,000. Sting said he would pay for it.

To read the rest of this article please visit www.nytimes.com.

Comments
3
You must be a logged-in member to add comments. Log In | Subscribe
November 20, 2012 posted by barb
Well done!
Yet another reason why we love this man!
November 20, 2012 posted by ahlehner
ahlehner
Such well directed power, uncommon sense and measurable vitality. These gifts and this grace! Balls and so much more!!!! Que hombre! Play on...
November 15, 2012 posted by spfarrell
Oh my
What a lovely story about Sting's blue balls... Seriously though, quite nice.
Newer comments    1 - 3 of 3    Older comments 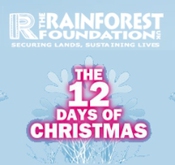 Nov 14, 2012
12 Days Of Christmas Auction Benefiting the Rainforest Foundation UK!
The Rainforest Foundation UK is hosting an auction, featuring items that have been donated by celebrities, luxury labels, and esteemed brands, to raise funds to protect the world's rain forests. The 12 Days of Christmas, an online auction now celebrating its third year, will run until November 25, 2012. The auction is hosted by Ebay at www.ebay.co.uk/12days. Some of the exclusive items available include an autographed Signature Series Precision Bass Guitar from Sting, tickets to Sting's Back to Bass concert in Singapore on December 13, a London 2012 t-shirt signed by Olympic medalists including Tom Daley, Nicola Adams, and more, signed memorabilia from Hobbit and Lord of the Rings star Sir Ian Mackellen, Olivia Newton-John, and much more!
Read more
+

Nov 10, 2012
Lee Hall and Sting to Support In Harmony North East...
Playwright Lee Hall and musician Sting have provided extra funding towards the In Harmony NewcastleGateshead project that aims to inspire and transform the lives of children in deprived communities, using the power and disciplines of orchestral music-making. The Sage Gateshead was chosen to lead the three year regional project working with Hawthorn Primary School in the heart of Newcastle upon Tyne. Based on the principles of Venezuela’s inspirational* El Sistema* – which produced the world famous Simón Bolivar Symphony Orchestra – the project will give every child in the school access to a musical instrument and music tutors on a daily basis. In order to deliver the sessions regularly, the school requires extra space to be able to house rehearsals and workshops...
Read more
+