It can be an incredible thing to feel one master craftsman's song resonate in the lungs of another. When Sting sang Paul Simon's America, it was with none of the baggage of expectation or jadedness or perceived nationalism or God knows what else the writer might have to carry.

In its place was the unqualified affection and gratitude shared by every soul who had ever felt its naive hope and aching emptiness define a piece of their lives. That is to say, pretty much all 15,000 of us sprawling up the slope of a hill just outside Geelong.

When Simon sang Sting's Fragile, there was a slightly different kind of empathy at play: the recognition of a tragic condition that echoes without relief through generations, and the older's man's respect for the kind of craft that brings it ever more clearly to light.

But hey. The two singer-songwriters' inspired pairing wasn't all back scratching and soul mining. Far from it. The sheer exuberance of their "successful experiment", as Simon called it, was as big as the 17-piece band they had combined, apparently with the brief to feature one of every instrument known to humanity.

The two singers, their voices equally miraculously intact from top to bottom, traded verses on Brand New Day and The Boy In the Bubble, and played side by side on Every Breath You Take and The Boxer, in which Sting graciously submitted to the most pedestrian bass line of his career to relish the lie-lie-lies of the chorus.

Just as often they bowed out to watch each other from the sidelines. Sting's brackets were generous with Police tunes – So Lonely, Walking On the Moon, Message in a Bottle – although the staggering musicianship of the vast, morphing ensemble doubtless gave him more joy than the strictures his old band might have entailed.

From Cecilia to 50 Ways to Leave Your Lover to the undimmed excellence of his latest work, Simon was arguably more spoilt for choice. Graceland selections loomed large, with all percussive intricacies and quicksilver wordplay tumbling. Dazzling Blue reminded us he's anything but spent as a balladeer.

The wide embrace is the common thread, of course, that makes these two giants of pop history gel. Few have brought so many disparate musical cultures so deftly into the mainstream. Middle eastern swirls entwined with African and South American strains. Roxanne segued seamlessly into Bill Withers; Hearts and Bones into Chet Atkins and Junior Parker.

In the end, Sting sang Bridge Over Troubled Water like he'd been doing it all his life and managed to own its indelible message of unity and comfort for all of us and everyone, everywhere, while making it look as as easy as spreading his arms. 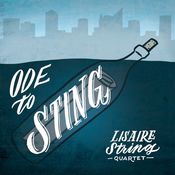 Feb 6, 2015
New Album from Lisaire String Quartet, “Ode to Sting,” Now Available...
''Ode to Sting'' is a 12 song string quartet album exploring Sting's vast catalog, spanning from hits from his time with The Police to his enduring solo career. The album is now available as a digital release, sold on iTunes, AmazonMP3 and Google Play. For more information, visit www.odetosting.com. Check out a video of the group performing their arrangement of ''Message In A Bottle'' at https://www.youtube.com/watch?v=F3jzNnZvwnQ...
Read more
+ 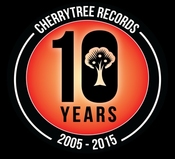