Pre-order Dominic Miller's new album 'adhoc' and get it three weeks before the official release!

Dominic Miller's new album 'adhoc' will be released in February 2014. He recorded this new album in Germany using an impeccable line-up of musicians; Rhani Krija - percussion, Lars Danielsson - Cello and double bass, Eda Zari - vocals, Sebastian Stubnitzky - trumpets and Peter Tickell - violin. This promises to be the best Dominic Miller album yet and will be released on CD, Vinyl and available for download. Dominic is touring from May to June 2014. You can pre-listen to the track 'Tisane' on soundcloud. 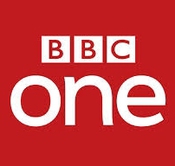 Dec 6, 2013
Sting to Appear on The Andrew Marr Show This Sunday!

Sting will appear on The Andrew Marr Show on BBC One this Sunday, December 8 at 9AM/GMT for a live interview and performance from his new album, The Last Ship! Other guests will include a senior UK Cabinet Minister, Neil Kinnock (the former Leader of the Labour Party), and Sir Trevor MacDonald, the first TV journalist to interview Nelson Mandela on his release from Robben Island. This will be Sting's third appearance on The Andrew Marr Show. Be sure to tune in on Sunday!