"Peace isn't just the absence of war, it's something we bring about by small actions every single day."

That was one of Stevie Wonder‘s many great quotes from the birthday party he held for the United Nations in the General Assembly Hall last night (October 24) for United Nations Day. The U.N. turned 67, but Wonder wasn't worried about getting it (or the attendees) to bed on time; his 20 song set kept the Hall rocking until well after 10:30 (the show, which streamed on websites including BET, VH1 Soul and VH1 Classic, was scheduled from 7 pm – 9 pm ET).

The concert not only celebrated the founding of the United Nations (on October 24, 1945) but also recognized the work of the United Nations in peacekeeping, crisis management and helping the disadvantaged, disenfranchised, refugees and people with disabilities around the globe. Wonder spoke throughout the evening about working towards world peace and about helping people with disadvantages. He combined the two themes in a moving portion of his speech:

"I am so thankful that The Almighty gave me the honor of being blind. Now many would say, ‘How can he say that?' I can say it because through being blind, I've been blessed with being able to really see people, not for the color of their skin, not for what they wear, not how they looked at me or what impression they had of me, but by the spirit in their hearts. The reality is, I believe that when you are without an ability, you are given even greater ability." He joked, "I'm not saying that you should all poke your eyes out. But what I'm saying is, every single one of you, every single person in every single country, it is time that you grow up and grow out of hatred." Not many people could pull off a speech like that, but Wonder (who has been officially named by the U.N. an official "Messenger Of Peace") is so sincere, he had the entire room nodding in agreement and cheering.

"Even when there's translators in the room, we talk past each other. But at least we're talking!" he said. "And when we're done talking, it's time to sing!" And that's what Wonder did, for about two hours, joined by a parade of guests. There were a number of highlights (he was joined during the night by Freddie Jackson, Elle Varner, BeBe Winans and a South Korean girl group called The Wonder Girls; Paul Simon, who was on the bill, was a no-show), but here are a few of the standout moments.

He played a new instrument called the harpejji (it was invented in 2007), which he said he started learning to play five months ago: yes, Stevie Wonder is still learning new instruments. He used it on his cover of Curtis Mayfield's "People Get Ready" and also on Bob Dylan's "Blowin' In The Wind," which he sang as a duet with R&B singer Estelle.

Sting made a brief speech, quoting President Bill Clinton, "The real differences around the world today are not between Jews and Arabs; Protestants and Catholics; Muslims, Croats, and Serbs. The real differences are between those who embrace peace and those who would destroy it. Between those who look to the future and those who cling to the past. Between those who open their arms and those who are determined to clench their fists." Sting performed his solo classic "Fragile," with Wonder accompanying on harmonica. He joked that he couldn't sing it, because he couldn't "see" the TelePrompTer, one of many times throughout the night that he poked fun at his disability.

Stephanie Mills joined Wonder for a version of "As," from 1976′s Songs In The Key Of Life (an album he drew from many times during the night), that got the crowd to it's feet. A top 40 hit in 1977, Wonder has said that it's one of his favorite lyrics, and the audience seemed to be in agreement with that.

"Higher Ground." When is that song not a highlight? But his version at the U.N., featuring R&B singer Janelle Monae, had extra weight given the surroundings. "People keep on learnin'/Soldiers keep on warrin'/World keep on turnin'/'Cause it won't be too long" takes on a different meaning when it's sung in the General Assembly Hall. Wonder, Monae were joined by Jasmine Cruz earlier in the night for "I Am Singing."

Hip-hop was represented at the show, with Doug E. Fresh and Wyclef Jean. Fresh beatboxed on "Superstition," and both MCs freestyled on "Master Blaster (Jammin')," with Jean giving an multi-cultural performance, rapping in English, Spanish, French, Jamaican patois and even Korean. Each time he shifted languages, a different segment of the very diverse audience cheered.

The big highlight of the night may not have been musical: a young blind boy named Emmanuel came onto the stage and read a letter to Wonder that he'd written, telling him what an inspiration he was. Wonder gave him a harmonica (noting, "It has good spit in it!"), to which the boy replied, "A harmonica! I'm glad I met you!"

The show's last song was Wonder's "Happy Birthday," which he wrote for Dr. Martin Luther King Jr. in 1981. The song asks "Why has there never been a holiday/Where peace is celebrated/All throughout the world." Stevie Wonder helped to create a holiday that did just that: Martin Luther King Day. But for one night in the U.N. General Assembly Hall, with a truly international audience dancing to the song, it seemed like one day, that it might not just be a holiday, but a reality. Not many artists could sing that convincingly. But then, not all singers are Stevie Wonder.

(c) Fresh102.7 by Brian Ives, CBS Local
Comments
1
You must be a logged-in member to add comments. Log In | Subscribe
October 26, 2012 posted by ahlehner
ahlehner
In this a place of power; of presence and transmission, you are so wise as to quote the true hearted. I once picked a rose from the UN's garden...
Newer comments    1 - 1 of 1    Older comments 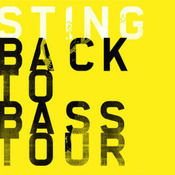 Oct 24, 2012
Important Update Regarding Ticket Sales and Exchanges For Manila Concert...
The date fans may purchase or exchange their tickets for Sting's concert in Manila, Philippines on December 9, 2012 at the Araneta Coliseum has been changed to Wednesday, October 31. Beginning October 31, fans who had purchased a ticket for the concert previously scheduled at the SM Mall of Asia Arena may exchange their tickets at a special window at the Ticketnet Office located at the Araneta Coliseum. Tickets may be exchanged leading up to and including show date, though we recommend this be done in advance to avoid lengthy queues. Those who purchased a reserved ticket will receive a reserved ticket for the performance at the Araneta Coliseum. Reserved seat tickets have been carefully reassigned so that fans with a reserved ticket at the MOAA will receive a comparable reserved ticket in the new venue. Tickets will be available for purchase beginning Wednesday, October 31, at all Ticketnet outlets, online at www.ticketnet.com.ph or call 911-5555 for information. If a refund is preferred, these tickets must be refunded at SM Tickets no later than Sunday, November 18, 2012. Ovation Productions and Live Nation Global Touring apologize for any inconvenience... 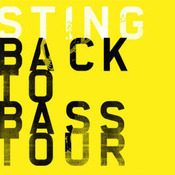 Oct 23, 2012
Sting: Back To Bass Fall Tour 2012 – Tickets For Manila Concert Available Tomorrow, October 25...
As a reminder, tickets for Sting's concert in Manila, Philippines on December 9, 2012 may be purchased beginning tomorrow, October 25 at all Ticketnet outlets, online at www.ticketnet.com.ph or call 911-5555 for information. Fans who had purchased a ticket for the concert previously scheduled at the SM Mall of Asia Arena may exchange their tickets, also beginning tomorrow, October 25, at a special window at the Ticketnet Office located at the Araneta Coliseum. Tickets may be exchanged leading up to and including show date, though we recommend this be done in advance to avoid lengthy queues. Those who purchased a reserved ticket will receive a reserved ticket for the performance at the Araneta Coliseum. Reserved seat tickets have been carefully reassigned so that fans with a reserved ticket at the MOAA will receive a comparable reserved ticket in the new venue. If a refund is preferred, these tickets must be refunded at SM Tickets no later than Sunday, November 18, 2012...
Read more
+