Sting and Paul Simon Will Tour Together...

In the continuing sitcom that is popular music - and also in real life - Sting and Paul Simon once lived in the same building on the Upper West Side of Manhattan, they recalled in a recent telephone conversation.

"For 20 years, this guy would be borrowing things all the time," Sting said, in a tone of mocking complaint. "Then I heard he was a songwriter."

Mr. Simon responded with similar facetiousness, "As soon as he got a chance, he moved up, hierarchically, into more elite buildings."

Now these improbable former neighbors are about to become unlikely tour mates. On Tuesday, Sting and Mr. Simon are to announce that they will appear together on a North American tour, during which they will perform several of their best-known songs individually and as a duo. Eighteen dates are scheduled from Feb. 8 through March 16, with additional dates expected to be announced.

The musicians said that they were as surprised as anyone to find themselves on the same bill.

Audiences got an early taste of the potential collaboration when Mr. Simon and Sting appeared together in May at a benefit for the Robin Hood Foundation, where they performed acoustic versions of "The Boxer" and "Fields of Gold."

"After we finished it," Mr. Simon said of that set, "we both looked at each other and said: ‘Wow. That's pretty interesting.' "

The two singer-songwriters will be backed up by their respective bands on the tour, for which presale tickets will go on sale on Wednesday at their websites, sting.com and paulsimon.com; general sales for most performances, including a March 4 appearance at Madison Square Garden in Manhattan, will begin next Tuesday.

The tour has a simple title, "Paul Simon & Sting: On Stage Together," not a clever mash-up of their song or album titles. (Though when put on the spot, Mr. Simon suggested "The Sound of Every Breath," to which Sting responded: "That's it! You've got it.")

The impetus for the tour, they said, was a spirit of musical exploration and not a music-industry executive who saw dollar signs by combining their fan bases.

"I don't have any of those guys in my life anymore," Mr. Simon said. "I'm not even sure I have a fan base anymore." 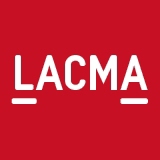 Nov 1, 2013
Sting to appear on the Leno and Ellen shows next week...
Sting will be appearing on The Tonight Show with Jay Leno on Monday, November 4 and then the Ellen DeGeneres show on Wednesday, November 6. Be sure to check your local listings for exact timings so you don't miss the shows!
Read more
+