Sting musical launches in Chicago before cruising off to Broadway...

Growing up in the former shipbuilding town of Wallsend in Northern England, singer-songwriter Sting remembers being terrified by the enormous ships and the apocalyptic noise they would make at launches.

"I was born within the shadow of the shipyard. Literally at the end of my street, most of the time was a mighty quarter-of-a-million ton tanker or battleship," said Sting in an October 2013 news conference in Chicago. "It was a huge, surreal, industrial landscape."

But now a ship of a different sort has the potential to instill fear in Sting: his first foray as a musical theater composer and lyricist.

The Broadway-bound musical "The Last Ship" - inspired by Sting's experiences in Wallsend - launches its world premiere in Chicago at the Bank of America Theatre. Previews start Tuesday, June 10, with an official opening slated for Wednesday, June 25.

After decades of phenomenal success and nearly 20 Grammy Awards as part of the band The Police and as a solo artist, Sting was suffering from an eight-year songwriting dry spell in the 2000s. Ultimately, he found inspiration in memories of the Wallsend shipbuilding community and how their pride and identities were shaken when the industry shut down in the 1980s and '90s.

"Very, very quickly I realized that I had been bottling these stories up," he said.

Sting got additional inspiration from his good friend, Jimmy Nail, a well-known actor and singer in the U.K. who grew up in the nearby Newcastle-upon-Tyne town of Benton. Like Sting, Nail escaped a working-class life through the arts. He left a self-imposed acting retirement to workshop the songs and to appear in the cast of "The Last Ship."

"I'm so glad he's in, because he's kept me going," Sting said about Nail. "On difficult days, he would say, 'Keep going, this is important work. You are remembering people who need to be given voice. This community needs to be remembered.'"

But it was the Broadway community that Sting needed to convince. Could a pop singer-songwriter handle a full-length narrative theater piece?

Many have, but with mixed results.

For every critical and audience smash like Cyndi Lauper's "Kinky Boots" in 2013 or Duncan Sheik's "Spring Awakening" in 2006, there are flops like Paul Simon's "The Capeman" from 1998 or Elton John's "Lestat" from 2006.

Tony Award-winning producer Jeffrey Seller ("Rent," "Avenue Q") was initially doubtful, but he was won over by the working-class community story that Sting wanted to tell and his song demo recordings with Nail. In particular it was the opening number "Shipyard" ­- where Sting introduced the show's many characters and their shipbuilding duties ­- that made Seller commit to backing the show.

"It was when I heard 'Shipyard' for the first time, A) I knew that this man could write a musical," Seller said at the same 2013 news conference. "B) It reminded me a little bit of 'Tradition' from 'Fiddler on the Roof' - the best opening number ever. And C) I fell in love with those characters partially because of Jimmy and the work he was doing with Sting."

To make "The Last Ship" theatrically seaworthy, Seller brought aboard several award-winning theater veterans to work with Sting. Pulitzer Prize-winner Brian Yorkey ("Next to Normal," "If/Then") and Tony Award-winner John Logan ("Red") are playwrights collaborating on the script, while director Joe Mantello ("Wicked," "Take Me Out") and choreographer Steven Hoggett ("Once," "Rocky") oversee a cast of American and British actors.

"It's very personable to me. My father worked at the Harland and Wolff shipyards in Belfast," said Logan, an alumnus of both Northwestern University and Victory Gardens Theater's playwrights ensemble. "So I know what it is to relate to shipyards and men who have worked there and the legacy they lead."

"Sting wanted to make an album in which he could express himself and express the songs and how they felt to him before we actually did the show," Seller said. "Once people start to know the music, they start to like it more. Familiarity breeds affection, so let's introduce audiences to this music in advance."

After more than four years of work on "The Last Ship," Sting, Sellers and company are looking forward to seeing how Chicago audiences react to the show as it aims for its planned Broadway berth.

"It was a whim," said Sting about writing his first musical. "And now it seems very real."

Comments
1
You must be a logged-in member to add comments. Log In | Subscribe
June 08, 2014 posted by BWB
Last Ship Play
Headed there from Phoenix! Have an extra ticket if anyone is interesetd...
Newer comments    1 - 1 of 1    Older comments 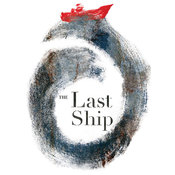 During a recent performance in New York, Sting told the story of how, in his shipbuilding hometown of Wallsend, northern England, when a particularly large vessel was finished, the queen would sometimes visit for the christening. On one such occasion, Sting, then a young boy, standing on the side of the road, caught her eye, and she waved to him from her royal limousine. And that, he says, was when he decided: "I didn't want to be on that street. I didn't want to end up working in that shipyard. I wanted to be in that limousine!"