Sting to perform at Carnegie Hall Gala Event on April 12... 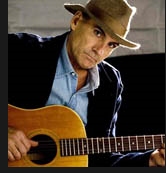 Carnegie Hall launches its 120th anniversary year celebration on Tuesday, April 12 at 7 pm with a one-night-only gala event hosted by renowned singer/songwriter James Taylor in Stern Auditorium/Perelman Stage. This festive evening pays tribute to Carnegie Hall's illustrious history, highlighting many of the extraordinary musical and cultural events that have taken place on the Hall's legendary stages over the past twelve decades. Featured special guests include: Barbara Cook, Steve Martin, Bette Midler, Sting, and members of the Tanglewood Festival Chorus among others. This concert is one of four Carnegie Hall Perspectives performances presented by Taylor this spring.

Gala Benefit tickets priced at $2,500 and $5,000 include premier concert seating and an exclusive after-party dinner at The Museum of Modern Art. Gala benefit tickets priced at $1,000 include the concert and a pre-concert cocktail reception at 6:00 p.m. in Carnegie Hall's Rohatyn Room. All gala benefit tickets are available online at carnegiehall.org/jamestaylorgala or by calling 212-903-9679. A limited number of premium tickets, priced at $200, $300, and $500, will be available only at the Carnegie Hall Box Office (57th Street and Seventh Avenue) or by calling CarnegieCharge at 212-247-7800, beginning this Friday, January 7. Both Gala Benefit and premium tickets include a tax-deductible donation to Carnegie Hall.

Jan 1, 2011
ARCHITECTURAL DIGEST
Tuscan Paradise - For Sting and Trudie Styler, landscape designer Arabella Lennox-Boyd plants a heavenly garden near Florence. Great gardens are made, not born, and usually with protracted effort - vast quantities of earth are moved here and there and back again, mature trees are arranged with the help of forklifts, hills are bulldozed into terraces, and, occasionally, rocky outcrops are blasted into submission with strategically placed explosives. By some point in the creative process, the land seems so distressed that the dream it represents to the landscape architect can look like a nightmare to the homeowners...
Read more
+