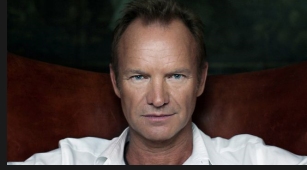 Nothing worth doing is without risk," Sting says. "There's always a risk in anything you do that has artistic value."

The former Police frontman keeps proving the point by skipping between musical genres as often as he flits between his homes in North America and Europe.

Highbrow pop (Sacred Love), hymns (If On A Winter's Night), channelling a Renaissance lutenist (Songs From The Labyrinth) and attaching strings to his greatest hits (Symphonicities) - he does it all.

Now, in a Perth hotel room, Sting is gently probing a new frontier - the stage musical.

"There's certainly a theatrical aspect to my songwriting that perhaps hasn't been explored," he says. "I have an idea, but realising that idea is a long, long process."

"Some new, some old. I'm at that stage of making a 'soup', if you like ... just throwing things in the pot and seeing what turns up."

In the meantime, Sting has plenty to go on with. Last year's album 'Symphonicities' spawned a world tour and that tour - featuring leading orchestras - is now galloping around Australia. He'll be backed by the Melbourne Symphony Orchestra in Melbourne and the Sydney Symphony in Sydney and Brisbane.

"It's like swimming in a warm sea of colour and sound," he says of their union. "But the abiding emotion for me is gratitude. How many singer/songwriters get to be in this position, of having their songs interpreted by musicians of this calibre? And by so many of them? It's fantastic, an unbelievable privilege."

Giving popular music the classical treatment is not new. Elton John did it successfully with the MSO in 1986. But there have been disasters and Sting was powerfully aware of the crossover pitfalls. "There's nothing worse than orchestral musicians playing long notes behind a ballad. Boring. So I said to our arrangers, 'Let's make these guys work as if they're playing Stravinsky with the same amount of rhythmic intensity and focus'. They'll be happy, I'll be ecstatic and so will the audience'," he says.

Forty of Sting's songs were "reimagined for symphonic arrangement"; some instantly suggested themselves.

As Sting says: "There are bits of Bach in my music, bits of Prokofiev, so those songs were easy. Other things were too simple to warrant a symphony orchestra playing them, but there were a few surprises. Some songs I thought would never work, like Next To You, worked out extremely well."

Sting has no need for a personal makeover. Daily exercise and yoga are keeping him lean and sinewy, while his straw-brown buzzcut lends him an almost monastic look.

There's an intriguing stillness about him, too. In repose, he crosses one leg over the other and holds that defensive position for minutes on end. It's only when he sashays on stage for a dry-run rehearsal with MSO musicians that he looks animated - stroking imaginary violins and capering around music stands.

"It really was not my intention to be famous," he says later. "It was to earn a living as a musician because that's an honorable profession as far as I'm concerned. That's still my ambition, still my desire."

"But my mother was a classical piano player, so I had that music as well and always did love it," he says.

On the 'Symphonicity' tour, Sting prefaces the song 'Why Should I Cry For You?' with a story about his father (a Newcastle milkman) taking him down to the docks one day and urging him to "go to sea".

"What he was saying, I think, was, 'Go and lead an exciting life'. My parents have been dead a long time now, but they come with me on stage at certain points, which is lovely."

Can he really feel their presence? "Absolutely. Everything is in the imagination, but it's a powerful feeling nonetheless," he says.

Sting's plangent voice conjurs so many moods, and with an orchestra surging behind him, he's playing with "an incredible spectrum of sound".

"Technically, I have to concentrate. With a rock band, you can change a key, a chorus. With an orchestra, you have to stick to the score. It's a big ship to turn around," he says.

Sting last played with The Police in 2008. What do his bandmates think of his orchestral manoeuvres in the park?

"I'm sure they appreciate what I'm doing. They're musicians, they see I'm having fun," Sting says.

Police hits 'Roxanne', 'Every Breath You Take' and 'Every Little Thing She Does Is Magic' are each given a symphonic workout.

Where is rock heading?

"It's become a very conservative form. Reactionary almost. If you're honest about it, there's probably more revolutionary aspects in 20th-century orchestral music than there is in rock and roll. At the same time, there's something in rock that's passionate, direct, intense," he says.

Turning 60 next year, Sting still wants a piece of that action.

"There's a tendency to write people off at a certain age ... well, that leaves a lot of people adrift. The way I deal with it is to maintain a childlike curiosity about music and my sense that I need to work at it. To study, to practise, to perform."

Celebrity is another obstacle. Wherever Sting (and wife Trudie Styler) goes, a headline about tantric sex or green politics is never far behind.

"Look, there are aspects of fame I don't like," he sighs, "but generally it's OK. I feel in control. I feel I can exercise my citizen's rights and walk freely through any city in the world without needing protection. I can go to a bar or a club and people tend to respect your privacy and are very polite."

His next challenge will come when this tour ends in March: "What do I do next? It's an interesting and frightening question. Don't know the answer."

On stage in Perth for almost three hours, Sting never stops working. By the time he hits the home straight of 'Mad About You', 'Desert Rose' and 'King Of Pain', the audience is in a frenzy.

"They don't want to see anything easy," Sting says. "They want to see something that's been carefully worked out where it's demanding for me and for everybody in the orchestra."

© The Herald Sun by Simon Plant