North Face and Patagonia are not sponsoring the current Sting tour, although eyeing the audience at Ravinia Friday, they might have. The brisk night brought out the fleeces, scarves and even a few gloves - and even Sting had a space heater at his feet - but that didn't prevent the 61-year-old veteran singer and bassist from giving a performance that appeared heated via slinky hip-shaking, and a set list designed to leave no one out in the cold.

Sting's current ''Back to Bass'' tour is a tightly packed retrospective, assembling all the facets of his 36-year career into a neat two hours of the obvious hits, some international detours, and requisite ballads. The Ravinia show, the first of two consecutive sold-out nights, accommodated the expectations of anyone who entered the Sting camp early, middle, or late. He didn't push things much beyond those boundaries; instead, Sting performed with the consummate class of a professional who appears more relaxed in presenting his long line of musical trophies than he is earning any more for the shelf.

There's been a lot of basking since 2003, the last time Sting released an album of all-new originals. Since then, he's released an album of symphonic covers of past songs, a holiday album, another where he played the medieval lute, plus - most exciting for longtime fans - a two-year reunion tour with The Police, the band that was once the biggest in the world and made it obvious can still be whenever they decide to make it happen.

Indeed, many Police songs made Friday's set list, but while the singer remained the same, the songs sounded softer, slower, and less at the edge, and more settled back in the middle of the living room. Sting opened the songs to his five-piece band, trading vocals with singer Jo Lawry on 'King of Pain' and introducing furious fiddling near the end of 'Driven to Tears' courtesy of soloist Peter Tickell. Although the sinister undertone of 'Wrapped Around Your Finger' emerged in its latter incarnation as simply sleepy, Sting pivoted into a more entrenched rock groove on 'Demolition Man' and 'Next to You,' two songs that gave the band opportunities to lock down into serious business.

His band featured keyboardist David Sancious, a one-time member of Bruce Springsteen's E Street Band, and a longtime Sting accompanist dating back 22 years. He, Sting, and drummer Vinnie Colaiuta briefly tightened into a jazz trio where they presented the evening's brief interlude of improvisation, where it became obvious all three musicians had uncorked a more playful personal interest.

Sting is reportedly set to release his first new album in 10 years later this year, based on a new musical he is writing with onetime Chicago writer John Logan, but no new songs showed up Friday. No one in the audience appeared to notice as they were busy making their presence known several times in the night - 'Message in a Bottle' in particular - in soaring gang vocals worthy of a European soccer chant.

The best of Sting's material outside The Police were songs that remained influenced by reggae, funk and clever polyrhythmic change-ups. But some of those later songs submerged in big gestures (the quasi-Middle Eastern flavor of 'Desert Rose') or were yellowed by their static imagery ('Shape of My Heart').

Despite the chill in the air, Sting bravely soldiered onward in leather pants and a reptilian print shirt, more than once flashing dance gestures that suggested Ricky Martin was providing tutoring lessons in the recent past. He embraced his role as everyone's favorite Sexy Aristocrat, at one point telling the audience about his home: ''a little house in England by the countryside - well, it's a castle really,'' he said.

The tool that remains remarkably resilient is his voice, which he expertly uses to full effect, whether snapping off short yelps, or using it to burst songs open. After getting the Ravinia crowd to its feet for all the requisite hits, Sting returned for a second encore that served as a cool-down: 'Fragile,' a song that lived up to its title, sounding like a calm prayer meant to end a busy night.

(c) Chicago Sun-Times by Mark Guarino
Comments
2
You must be a logged-in member to add comments. Log In | Subscribe
August 28, 2013 posted by karawolff
An Enchanted Evening
Sorry took so long to write...busy summer! Friday, 6/7, was my first trip to Ravinia, one of the most beautiful outdoor venues ever. Sting, Dom, David, Vinnie, Jo & Peter filled the peaceful evening air with the most magical music; a truly special show with fun, frolic and typically romantic songs from '78 to now! Sitting up close was a dream come true. Thanks to all above & those who assist them for many precious memories!! :)
June 09, 2013 posted by 7hrtsfrm
Ravinia Sat.Nite, 6-8-13
Sting was fantastic! He is slick and cool yet warm and funny...and tireless in his ability to entertain and amaze. Sting sings all the old songs with joy and abandon, as if it were the first time. He is the consummate performer who shows a genuine desire to please his adoring fans. Sting did just that at Ravinia Sat.Night. After four encores, I left Ravinia, basking in the afterglow of a truly awesome experience. Thank you, Sting, for keeping your edge and loving your fans.
Newer comments    1 - 2 of 2    Older comments 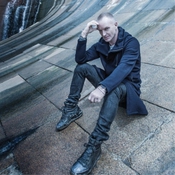 Jun 7, 2013
Sting gives play permission to preview album song at the Live Theatre...
Theatre-goers will be the first to hear an early preview of a new song by Sting. The musician’s yet-to-be released album, The Last Ship, shares the name of a musical play he has devised, which is to open on Broadway next year. And he has given permission for the title song to be included in another new play to be premiered in the North East this month. Director Max Roberts asked Sting for permission to include his song All This Time in the play, Tyne. Sting gave his blessing and also sent a demo recording of The Last Ship along with additional lyrics...
Read more
+

Jun 6, 2013
Sting at Red Rocks Amphitheatre...
Forget the 16 Grammy Awards and Rock and Roll Hall of Fame credentials. How many 61-year-old men can still rock skinny jeans? He's still got it. Sting’s vocals still sound crystalline, his musical chops are uncanny and his catalog is the unabridged manifesto for Rock Theory 101. He's the original hipster - and the flattery is well-earned. For his globe-trotting ''Back To Bass'' tour that hit Red Rocks Amphitheatre on Wednesday night, Sting stripped-down the production value and offered up a no frills, no gimmicks approach show. For the opener ''If I Ever Lose My Faith,'' Sting strolled out on stage with his bass in hand like he was doing a simple sound check. No operatic stage effects, no pyrotechnics, no fluff. It was a refreshing diversion from the overwrought stage designs that most large acts rely on for theatric spunk...
Read more
+