It's thirty years since Sting as singer and bass player with the world's biggest band, The Police, rocked Gateshead Stadium to its foundations.

Last night, just down the road, at the Sage, a more reflective, intimate performance from the enigmatic star was equally electrifying.

The milkman's son from Wallsend, now exiled in Tuscany, was launching the European leg of his Back to Bass tour, celebrating over 25 years of a successful solo career. He's already toured the States to rave reviews.

Sting may have raised a few eyebrows over the years, what with his tantric shenanigans and carefully-publicised Third World concerns, but he remains the North East's biggest and best musical export – apart from Cheryl Cole, of course!

After an introduction by none other than Jimmy Nail, the evening kicked off with 1991's 'All This Time' which, with its strong references to the Tyne, was written for Sting's father who'd recently died.

Then it was back to days of peroxide blond hair and The Police with a bouncing 'Everything Little Thing She Does Is Magic'.

Then thick and fast came the smooth complexity of 'Seven Days', the 80s punk of 'Demolition Man', and the country-tinged bitter-sweetness of 'I'm So Happy I Can't Stop Crying'.

Sting has always surrounded himself with great musicians, not least in the drumming department.

American session giant Vinnie Colaiuta is one of the best drummers on the planet, and last night he had no trouble nailing the hyperactive brilliance of The Police's Stewart Copeland, as well as the more grown-up, dynamic numbers like 'Fortress Around Your Heart'.

The set progressed, highlighting Sting's song-writing mastery across a range of styles, whether it be the Police rocker 'Driven To Tears', the blues-infused 'Heavy Rain No Cloud', or the gentle country feel of the classic 'Fields Of Gold'.

The singer seemed pleased to be back on home turf, revealing he’d been staying in Newcastle for the last week, and had enjoyed walking next to the Tyne with his daughter, venturing up the river as far as Elswick.

Also it must be said, Mr Gordon Sumner is in fantastic nick for a 60-year-old Geordie bloke, with a better physique than most men 20 years his junior. And more importantly, Sting can still hit every note of every song. Impressive.

And so the evening climaxed with the encores – the new-world vibe of 'Desert Rose', the inevitable 'Every Breath You Take' which featured Jimmy Nail, and the turbo-charged 'Next To You' from The Police's debut album.

Until, last but not least, probably Sting's greatest creation, 'Message In A Bottle', played on his own, with an acoustic guitar. A magic moment at The Sage from a genuine superstar.

A great night with a band of awesome musicians, and a charismatic singer-songwriter who’s lost none of his powers.

© Evening Chronicle by David Morton (Photos by D&W for Sting.com)

Check out the full list of spring and summer dates and ticket info on the tour page.

Comments
1
You must be a logged-in member to add comments. Log In | Subscribe
February 06, 2012 posted by brijohn
Just Perfect
While I was not there in body, my spirit surely was floating about. I am sure Sting simply enjoyed being home for the week, and then to perform, which he clearly loves to do....well....Just Perfect.
Newer comments    1 - 1 of 1    Older comments 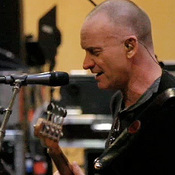 Feb 5, 2012
Getting Ready for The Sage Gateshead
Back To Bass Gets Ready for The Sage Gateshead! Remember that if you have any photographs, ticket stubs or images from any concerts you have been too you can add them to the huge but ever expanding tour archive. Members can post their content directly or alternatively you can email material to daveandwendy@sting.com for addition to the site. Please share your experiences!
Read more
+ 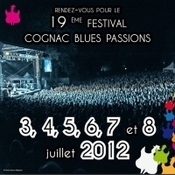 Feb 3, 2012
Additional performance confirmed in France this Summer at the Cognac Blues Passions Festival...
On Friday, July 6, 2012, Sting will perform at the Cognac Blues Passions Festival in Cognac, France. This concert will feature Sting performing many of his most celebrated hits with a 5-piece band including his longtime guitarist Dominic Miller, Vinnie Colaiuta (drums), David Sancious (keyboards), Peter Tickell (electric fiddle), and Jo Lawry (vocals). Tickets are currently available at Cognac-Blues-Passions-2012...