As the latest climate summit in Durban again tries to resolve the challenges of implementing ‘reduction of emissions from deforestation and forest degradation’ (REDD), the Rainforest Foundation UK unveils a powerful new tool which could help prevent the destruction of rainforests, one of the largest sources of greenhouse gas emissions.

The new website http://www.mappingforrights.org/ provides, for the first time, accurate interactive maps showing the location of communities living in the forest, and how and where they are using forest resources. It also includes the boundaries of strictly protected areas and agents of forest destruction, such as logging companies. The groundbreaking website, which is backed by a unique database of digital maps, builds on the results of many years work to map the existence of forest dwellers in the forests of the Congo Basin [1].

Simon Counsell, Director of the Rainforest Foundation, said "It is now widely understood that helping indigenous peoples and other local communities to protect their land is one of the best and cheapest ways to conserve tropical rainforests. But the problem is that there are often no records even of where these communities are, or of which areas of forest they use or wish to protect. MappingForRights.org, for the first time, literally puts African forest communities on the map, and can be an essential start in the process of securing legal protection for their land".

The MappingForRights.org interactive website and database, which is built on free open-source software [2], allows access to hundreds of detailed digital maps, most of which have been prepared by forest communities themselves with training and support from the Rainforest Foundation and other organisations. Multi-media content such as photos, videos and music provides unique insights into the lives and livelihoods of the communities, whilst the maps show areas important for activities such as subsistence hunting, gathering, fishing and cultural activities.

But the maps also show how these long-term inhabitants of the forest are threatened by logging, mining, industrial plantations and sometimes strict nature protection.

Georges-Thierry Handja, Mapping Advisor for the Rainforest Foundation UK, said "Most of the rainforests of Africa are inhabited by local communities, some of which have been present in the forests for thousands of years, though mostly still lack any formal legal ownership rights. Although we have so far mapped only a small fraction of these communities, and so far only in Africa, the new MappingForRights.org website is already starting to show graphically how the areas of forest on which these communities depend have been handed out arbitrarily to logging companies, or put off-limits in National Parks or other strict conservation areas."

By showing the areas where community traditional ownership and use of forest is overlapped by other users or claims, the website could potentially help avoid or resolve conflict, which is endemic to many African forest areas. But the clear identification of community forest areas also potentially helps to resolve one of the biggest challenges facing the concept of ‘REDD', or reducing (greenhouse gas) emissions from deforestation and degradation; the problem of who actually owns or controls the forest, and who should be paid to protect it under any future climate protection scheme.

Simon Counsell said: "Without a clear basis for understanding and recording who owns or occupies rainforests, REDD is very likely to fail, as it will be very hard to target forest protection payments to the right people. MappingForRights.org shows that, whilst reliable mapping of forest use and ownership requires detailed on-the-ground work with communities, often under very difficult conditions, it is perfectly possible to do so at reasonable cost and scale. Scaling up community-based mapping of forests should be a top priority for the international community as a foundation for REDD in many countries". [3]

MappingForRights.org also potentially lays a basis to radically improve monitoring and enforcement of laws to protect forests. In the past, this has mostly relied on over-stretched, under-funded and sometimes ineffective government control agents, sometimes with the help of international independent forest monitors. A new phase of MappingForRights.org currently under preparation by the Rainforest Foundation UK will allow for members of the many thousands of communities spread throughout forest areas to relay geographically accurate ‘reports' or images straight into the map database, using Smartphones or GPS devices and locally available computer services, to provide ‘real-time' monitoring of, for example, occurrences of illegal logging, poaching or land-grabs.

Simon Counsell said: "There is huge potential for development of real-time community-based forest monitoring across large areas, which could help build up detailed nationwide maps of threats and trends in forests, or warn of land grabs, providing local information which satellite monitoring cannot provide - and on which governments need to act. Such a scheme could be linked to telephone-based payment systems, which are already improving the lives of millions of Africans."

Because of the sensitivity of some of the data included in the ‘back-end' community map database, access to this part of MappingForRights.org requires permission from the Rainforest Foundation UK. Permission will be granted on application, which should be submitted by completing the simple online form available here, and requires acceptance of specific terms and conditions for use of the database.

A short video explaining why community-based ‘participatory mapping' is important, and how it is undertaken, is available here.

[2] The website has been developed with the support of Oil Internet Ltd which specialises in the planning and production of information-rich websites, intranets and extranets. The database technical development has been undertaken by Faunalia, which specialises in providing open-source support and expertise to environmental and community-driven initiatives using geographical information systems.

[3] Based on the Rainforest Foundation UK's experiences to date, detailed community-based mapping, involving training of community members (even where they are non-literate) and in very remote locations, can be implemented at a cost of less than $1 per hectare of forest mapped. These costs will be further reduced with new technological innovation and scaling-up of mapping programmes to include larger areas of forest and greater numbers of communities.
Comments
0
You must be a logged-in member to add comments. Log In | Subscribe 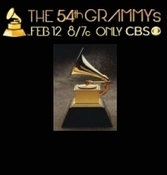 Nov 29, 2011
Sting Back to Bass European Tour 2012 - Additional Concert in Poland Confirmed...
Following the sell-out of Sting's Back to Bass concert at the SalaKongresowa in Warsaw, an additional performance has been confirmed for February 16. Fan Club presales will begin at 10AM (local time) tomorrow, Wednesday, November 30. Legacy Fan Club members will be given a one hour advance window at the start of the presale followed by a presale to all members beginning at 11AM (local time). Tickets will go on sale to the public Friday, December 2 at 10AM (local time)...
Read more
+