Sting's latest project - an album entitled The Last Ship, inspired by his play of the same name - was informed by his memories of growing up in Wallsend in the shadow of the Swan Hunters Shipyard. In February 2012, a small local audience was invited to Newcastle's Live Theatre to witness an early reading of the play. The reading, which included new songs by Sting, was performed with a cast and musicians and gave the audience an opportunity to see how things were progressing. At the time, they would have been forgiven for thinking that the songs were nearly finished - in fact, the play and songs were, at that time, still in the early developmental stages, with exciting new improvements and additions to come.

Earlier this year, Sting arrived at the world famous Abbey Road Studios in London to continue recording for The Last Ship album. Sting was working with long-time collaborator, producer and arranger Rob Mathes, for whom Abbey Road is a regular haunt thanks to his numerous projects at the studio. The Abbey Road session provided us with a chance to hear the songs performed by Sting himself, some of which will feature on the new album, and to see how far the music has come since the early Newcastle Live Theatre performances.

Sting was relaxed and happy to chat about the progress. When suggested that fans were eager for the latest news on the project, Sting replied: "It's a complicated process due to people's schedules and availability, but really we're well ahead of the game, considering the usual time it takes to bring a project like this to fruition."

True to The Last Ship's Wallsend location, Sting's Geordie accent can be heard coming through in some of the album's songs. Sting however said that he didn't foresee any difficulty in people understanding the local colloquialisms, and hoped that they would instead be intrigued. Then he laughed, conceding, ''Well, I might need to include a glossary!''

So is Sting taking a break from the project on the Back to Bass tour? Far from it, he says and admitted he had been constantly thinking, sometimes even dreaming, about The Last Ship, its songs and its characters. The writing and creative process has clearly been an intense experience for him.

At midday in the control room of Abbey Road’s cavernous Studio 1, we found Sting, Rob Mathes, audio engineer Donal Hodgson and mixing engineer Jonathan Allen working on Sting's new album, The Last Ship. Allen, who has worked with Rob Mathes several times before (the creative and professional relationship between the two is something that must be seen to be believed) has an impressive list of credits ranging from classical projects to movie soundtracks as well as Sting's Symphonicities album.

Mathes, who Sting calls "a remarkable musician," has been involved in numerous high profile projects throughout his successful career including the annual Kennedy Center Honors, Sting’s 60th birthday benefit concert at the Beacon Theatre, The Songwriters Hall of Fame and MusiCares Person of the Year event. A consummate professional, his working relationships with musicians, engineers and artists are based on mutual respect and an ability to get the best out of those he works with.

Having already begun recording, a day was scheduled at Abbey Road to add orchestration to several of the tracks. Two teams of session musicians with whom Rob has worked before, including a brass and string section, were booked for the day, and work soon got underway.

With Newcastle playing an important role in the development of The Last Ship, it made perfect sense to involve some of the finest musicians from the North East in the recording process. The Wilson Family from Teesside can be heard on the title track The Last Ship while Northumberland's The Unthanks ("There really is no better folk band in the land," according to Q magazine) are also featured. Although not present at this recording session, we're pleased to report that Jimmy Nail - who Sting considers to be his "muse" - is still very much involved with the project.

Comments
8
You must be a logged-in member to add comments. Log In | Subscribe
August 03, 2013 posted by salama
To be continued...
Can't wait! :-)
July 31, 2013 posted by Varsha
A practical arrangement
Heard the song online and loved the simplicity of the music as well as the beautiful, "practical" lyrics. Cant wait to hear more.
July 30, 2013 posted by mjharris
Thanks for the update..
Thanks to all for the creative expression that so enriches our lives. I know that I will never be same after listening to any of Sting's creations, whether online, on CD or live. Margaret
July 29, 2013 posted by Elessarus
Amazing
Thanks for this update Dave & Wendy! Great to have a peek in this creative process. This album will be amazing!
June 13, 2013 posted by wildflower8
Abbey Road
How wonderful that Sting is rcording in the iconic Abbey Road. While in NYC in May I did read that he was also recording there for a week or so around the time of the reading of The Last Ship. I guess this record will know many studios before it's done.
June 08, 2013 posted by mjharris
intense experiences..
Just like the intense experience of 'chair dancing' in a packed hall with himself belting it out on stage...don't you just love it!!!
June 08, 2013 posted by AstroCube
Single
Any single? It world be realy nice to hear some part of this album.
June 07, 2013 posted by RoMi
The Last Ship
Can't wait to hear! :-)
Newer comments    1 - 8 of 8    Older comments

Jul 30, 2013
Sting and producer Rob Mathes talk about collaborating and the making of Sting's new album, The Last Ship... 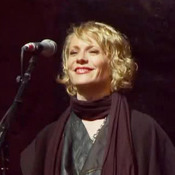 Check out the latest Virtual Ticket video below featuring vocalist Jo Lawry! For more information about Jo be sure to check out her website at www.jolawry.com...