The Latest News & Reviews From Sting.com!

Sting is currently on the Back to Bass tour throughout Europe, the UK and South Africa in support of the recently released box set collection, 25 Years, which garnered a rave review from Keyboard Magazine in the April 2012 issue:

"What I've learned over the years is that miracles don't happen and what works is the process," Sting writes in the liner notes for '25 Years', his three-CD-plus-DVD solo career retrospective. The process he speaks of shines in full, recorded glory here, with 55 tracks evincing his continued quest for aural eloquence. From his early, jazz-tinged exploits on 'The Dream of the Blue Turtles', to later explorations into dance, country, and classical fare, this collection is powerful proof of Sting's singular sonic imprint. Timeless.

There have also been some great media reviews of the Back to Bass tour over the last couple of months. The Newcastle Evening Journal referred to the concert as "a great night with a band of awesome musicians, and a charismatic singer-songwriter who's lost none of his powers." Bild called the show in Munich, "perfect," and the Augsburger Allgemeine Zeitung wrote, "Sting is constantly evolving…whatever he does is magic."

Don't miss out on these spectacular performances and the upcoming summer tour dates! For complete tour information and to find out where you can see Sting perform next, please visit www.sting.com/tour/index/.

And if you haven't yet purchased 25 Years or The Best Of 25 Years, both are available now at sting.shop.livenation.com.
Comments
0
You must be a logged-in member to add comments. Log In | Subscribe 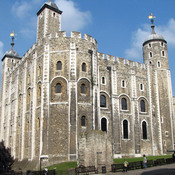 Mar 19, 2012
Back To Bass Hits London
In London for 3 nights, the band played to a packed house on Monday night at the HMV Hammersmith Apollo!
Read more
+

Mar 19, 2012
Additional Concert in North America Confirmed This Summer...
We are pleased to announce a new concert along Sting's 2012 Summer tour! On Tuesday, June 5, he will perform many of his greatest hits at the Fox Theatre in St. Louis, Missouri, with a 5-piece band including Dominic Miller (guitar), David Sancious (keyboards), Vinnie Colaiuta (drums), Peter Tickell (electric fiddle), and Jo Lawry (vocals). Fan Club presales begin at 10AM (local time) tomorrow, March 20. Tickets will go on sale to the public Saturday, March 24 at 10AM (local time)...
Read more
+