On Thursday, October 20 the U.S. Fund for UNICEF presented Sting and UNICEF UK Ambassador Trudie Styler with its annual Children's Champion Award. This year’s award recipients were honored for their commitment to improving children’s lives and the environment. The evening’s celebration was a fundraising event co-chaired by Alli and Bill Achtmeyer, Barrie and Kevin Landry, and Elaine and Bobby Sager that brought in a record $1.15 million for UNICEF’s global child survival programs.

Sting and Styler, a UK UNICEF Ambassador since 2004, strive to make a difference for children around the world and protect the environment through numerous public efforts. From raising funds and awareness for the UNICEF End Child Exploitation and United Against AIDS campaigns to visiting tsunami-affected Sri Lanka in solidarity with those affected by the devastating disaster, Styler has been a leading voice on behalf of some of the poorest and most vulnerable children on earth. In November 2005, she received the highest accolade bestowed on a UNICEF Ambassador - the Danny Kaye Humanitarian Award - for her commitment to the world’s children.

Sting has also supported UNICEF by performing at several fundraising events and concerts throughout the years, including the La Dolce Vita event in 2004, which raised $1.1 million for UNICEF’s End Child Exploitation campaign. In 2005, following the devastating Tsunami in Southeast Asia and Sri Lanka, he gave a benefit concert in Western Australia which raised more than $4 million for relief efforts.

After Styler visited Ecuador with UNICEF in May 2007, where she met with children and families who were deeply affected by environmental damage to the rainforest, she and Sting enlisted the support of The Rainforest Fund, UNICEF and a local organization to launch a program enabling families, health centers and schools to have clean water, even in the most polluted areas. Sting and Styler founded The Rainforest Foundation, one of the first organizations to focus on the vital link between protection of the rainforest and securing the rights of indigenous peoples, in 1989.

"The work we’ve done for human rights, the environment and UNICEF has been some of the most rewarding work of our lives," Styler said while accepting the award alongside her husband, Sting. "UNICEF harnesses the power of individuals to help some of the most vulnerable but important people in the world: our children."

The Children’s Champion Award is presented by the U.S. Fund for UNICEF to public figures who strive to help UNICEF reach the day when zero children die from preventable causes. Past honorees include the late Audrey Hepburn, Nelson Mandela, H.M. Queen Noor of Jordan, Princess Caroline of Hanover and Red Sox star David Ortiz. Most recently the Boston Celtics were honored for their off-court efforts to raise money for children in Haiti who were affected by the 2010 earthquake that devastated the small island nation.

"Sting and Trudie Styler truly embody the spirit of the Children’s Champion Award," said President and CEO of the U.S. Fund for UNICEF Caryl Stern. "Their fierce advocacy on behalf of children and the environment has helped save countless lives around the world and is an inspiration to us all. We are grateful for their service and honored to extend this award to both of them."

The event featured special performances by American Jazz Trumpeter Chris Botti, who also served as the evening’s Master of Ceremonies, and the Boston Children’s Choir. Other festivities included a live auction featuring a stay at Sting and Styler’s Tuscan villa, batting practice with Red Sox first baseman Adrian Gonzalez at Fenway Park and signed Fenway seats, a meet-and-greet with Sting and a pair of tickets to his Back to Bass concert in Boston, tickets to an Oscar de la Renta Fall fashion show in New York, and "Friendship and Support," one of only two original Shepard Fairey paintings of the legendary George Harrison. The painting, which benefited the George Harrison Fund for UNICEF, was created to honor the legendary musician, pay tribute to his altruistic spirit, and commemorate the 40th anniversary of the ground-breaking Concert for Bangladesh.

UNICEF has saved more children's lives than any other humanitarian organization in the world. Working in more than 150 countries, UNICEF provides children with health care, water, nutrition, education, emergency relief and more. The U.S. Fund for UNICEF supports UNICEF's work through fundraising, advocacy, and education in the United States.

UNICEF is at the forefront of efforts to reduce child mortality worldwide. There has been substantial progress: the annual number of under-five deaths dropped from nearly 13 million in 1990 to 7.6 million in 2010. But still, 21,000 children die each day from preventable causes. Our mission is to do whatever it takes to make that number zero, by giving children the essentials for a safe and healthy childhood. For more information, visit www.unicefusa.org. 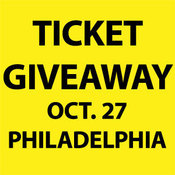 Oct 25, 2011
Ticket Giveaway - October 27 Philadelphia
Enter to win tickets for Sting's Back to Bass tour! On October 27, Sting will perform at the Tower Theatre in Philadelphia and we're giving away a pair of tickets to two randomly selected fans. Enter to win by October 26 at 11AM EDT using the form below…it's that easy!
Read more
+

Oct 24, 2011
''At Oakdale, Sting Shows He Still Has It'' reports the Hartford Courant...
''As easy as it is to think of Sting as the frontman for the Police, those days were a relatively brief prelude to a solo career that has run more than a quarter century since. His current tour celebrates the catalog he has built on his own with some Police tunes thrown in, and in its stop at the Toyota Presents Oakdale in Wallingford Monday, the Englishman three weeks past his 60th birthday plowed through songs with remarkable vigor, showing no more effects of age than his smartly constructed pop rock..." Click here to read in full what the Hartford Courant had to say about Sting's concert in Wallingford. Were you there? Share your review or comments and post any photos from the evening or your ticket stub to the event page. Tell us about it!
Read more
+