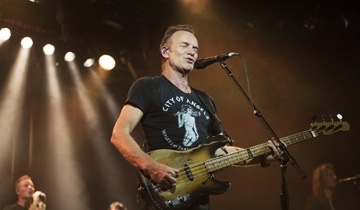 Two shows in Italy have been added to the 57th & 9th Tour tour on 25 and 28 July 2017. Sting will perform at Cividale del Friuli at Parco Della Lesa on 25 July and Arte e Musica Mantova at Piazza Sordello on 28 July. Tickets will go on sale Friday, 17 February 12pm local time, with Official Sting.com Fan Club pre-sale from Thursday, 16 February from 11am. Presale ends Friday, 17 February, 11am. (All times are local venue time.) 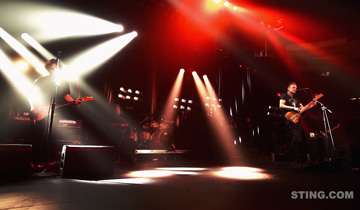 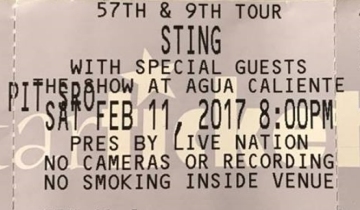 It’s amazing how many Sting songs from the Ronald Reagan ’80s work well in today’s Donald Trump era. In “Spirits in the Material World,” the 1981 Police song famous for its line, “There are no political solutions,” Sting sings, “Our so-called leaders speak / With words they try to jail you.” In “An Englishman in New York,” the 1987 Sting hit with the chorus, “I’m an alien/ I’m a legal alien,” Sting sings, “Takes more than combat gear to make a man/ Takes more than a license for a gun.” 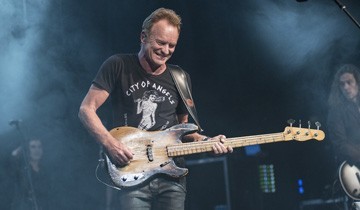 A third and final performance at the Budokan in Tokyo has been added to the 57th & 9th Tour on 8 June 2017! Tickets will go on sale Saturday, 4 March 9:30am local time, with Official Sting.com Fan Club pre-sale from Tuesday, 14 February from 9:30am legacy members and 11:30 new members. Presale ends Thursday, 16 February, 5pm. (All times are local venue time.) 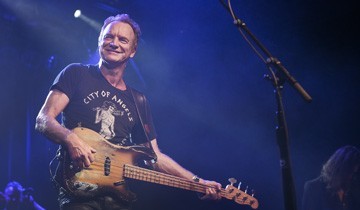 On “50,000,” a forlorn track from his fine new album 57th and 9th, Sting sings, “Rock stars don't ever die, they only fade away.” If Thursday’s show at the Palladium in Hollywood was an indication, the former Police-man has a long time before he has to worry about his light dimming...

More »
Feb 09, 2017
Sting Plays Greats From The Police Catalog Live at the Palladium... 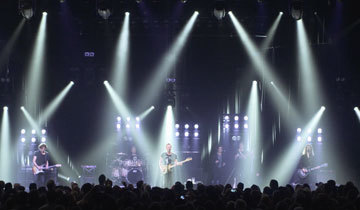 Sometimes life affords you great little moments. You marvel at the thing you’re experiencing and oddly proclaim to yourself, “Wow.” CITI credit card sponsored a series of Grammy week events in Los Angeles at the legendary Hollywood Palladium entitled CITI Sound Vault. The event series features an impressive roster of bands including Beck and Metallica. Tonight’s event was the first of two shows headlined by Sting. Those that purchased tickets were in for an outstanding treat, as in addition to some of the best cuts from his stellar solo career, the mononymous person known as Sting played a whopping eight songs from the catalog of The Police... 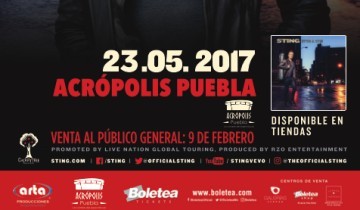 Following the recent release of Sting’s highly anticipated rock/pop album 57th & 9th and with sold out concerts already confirmed in North America and Europe, Cherrytree Management, Live Nation,   Acropolis Puebla & Arta Producciones are pleased to announce that Sting will perform in Puebla on 23 May at Acropolis Puebla... 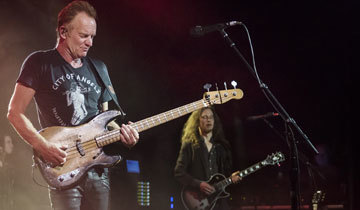 Sting wanted to surprise his audience on Thursday night, and Sting does what he likes. So the musician stepped onto the Moda Center's Theater of the Clouds stage around 8 p.m., greeting the entering audience and remembering how he once landed in London as a young musician, holding onto a single phone number... 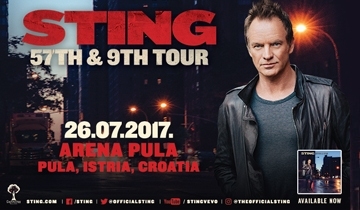 Following the recent release of Sting’s highly anticipated rock/pop album 57th & 9th and with sold out concerts already confirmed in North America and Europe, Cherrytree Management, Live Nation & MPG are pleased to announced that Sting will perform in unique venue “Pulska Arena”, on 26th of July 2017. Sting is returning to Pula after 20 years , with this performance being the only concert in the region... 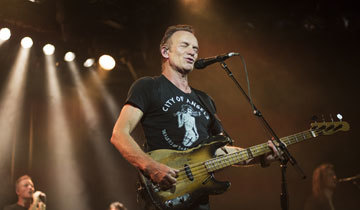 Sting kicked off his 57th & 9th tour with a surprise: Sting. Nobody expected when the lights went down at the Commodore Ballroom (capacity: just under 1000) that the rock star headliner himself would walk out onto the stage. But that he did, catching the chattering, largely vintage crowd off-guard as they rushed to whip out their smartphones and capture the moment...